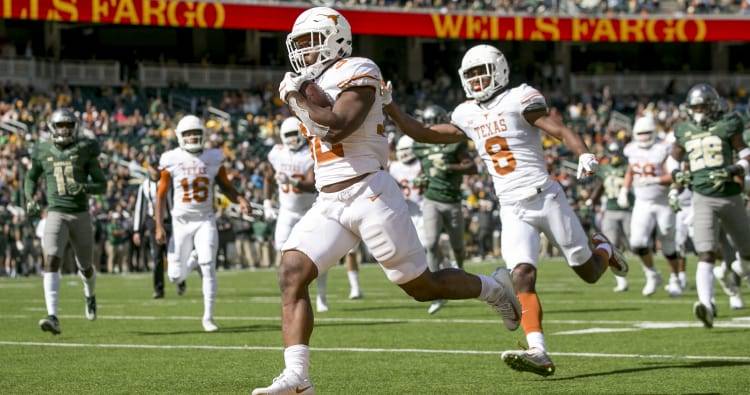 Tom Herman raised some eyebrows on Thursday when he said that “You’re liable to see a wide variety of quarterbacks back there” against TCU. Sophomore Shane Buechele got most of the first-team work at practice this week, but freshman Sam Ehlinger is back from a head injury and junior Jerrod Heard gives UT another option. Will Texas throw three different looks at the nation’s 54th-rated passing defense?

2. Who’ll be the top running back?

Texas freshmen Toneil Carter and Daniel Young combined for 130 rushing yards and two fourth-quarter touchdowns in the 38-7 win over Baylor. Carter, however, will miss this game with a head injury. Will Texas stick with Young, who has only 11 career carries? How about Chris Warren III, who still leads the team with 310 yards? Or will Kyle Porter, who’s missed the last two games, make a return to prominence?

3. Will Texas kick to KaVontae Turpin?

Over the past two weeks, Turpin has scored on a 94-yard kickoff return and a 90-yard punt return. Ray Guy Award contender Michael Dickson ranks third nationally with his 48.4 yards-per-punt average, and only 11 of his 44 kicks have been returned. Place kicker Joshua Rowland, however, has only 20 touchbacks on his 43 kickoffs.

4. Will Texas score an on-offensive touchdown?

In Texas’ eight games, the Longhorns have scored four defensive touchdowns. There also was Reggie Hemphill-Mapps’ 91-yard punt return against Maryland and Holton Hill’s scoop-and-score run-back from a blocked field goal. TCU hasn’t allowed a non-offensive touchdown this season and the Horned Frogs have committed only 11 turnovers.