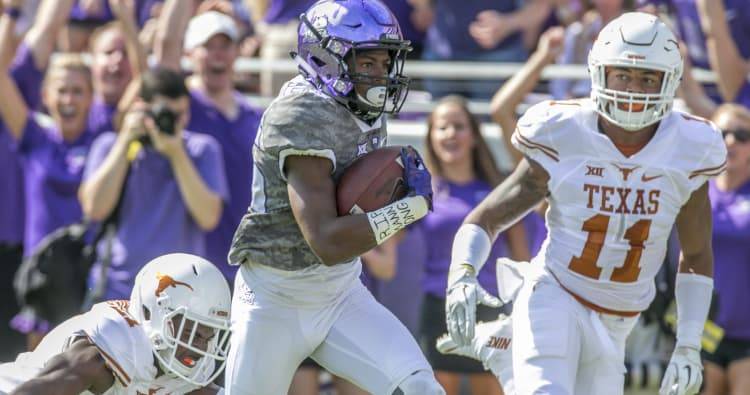 We’re interviewing the beat writer of Texas’ opponent each week this season. This week, Carlos A. Mendez (@calexmendez) of the Fort Worth Star-Telegram offers his insight on the TCU Horned Frogs.

1. Following last week’s loss to Iowa State, what has the mood been like in Fort Worth this week?

TCU fans have been afraid of the day Kenny Hill 2017 would revert to Kenny Hill 2016, so they were stung that it cost the Frogs a game. But Tuesday night buoyed a lot of spirits. I think everybody realizes TCU is still in striking distance of the CFP, although the margin for error is gone.

2. Has TCU’s recent ownership of Texas been the talk among the Horned Frogs?

Not really. It might have been had they won last week, but suddenly a three-game winning streak against the guys from Austin is the last thing on their minds. Makes sense when you consider that, with another squirrely game, you could be looking at your own two-game losing streak all of a sudden.

Health, size on the defensive line and a pass rush. Last year, TCU played thin at D-end and cornerback for a lot of the season. This year, they’ve got younger, bigger bodies at D-tackle who take up a lot of space and also chase the quarterback. Ben Banogu and Mat Boesen are fast, technique-savvy ends. Linebacker Travin Howard is healthy. Safety Nick Orr is putting his experience to use. And there’s speed all over the place. I guess that’s a lot of keys.

4. Much like Texas, TCU seems to spread the football around its receiving corps. Which receivers, though, should strike the most fear into UT’s DBs?

5. Name one TCU player that Texas fans aren’t talking about — but should be.

Sophomore safety Innis Gaines. Gary Patterson doesn’t blitz much, but he’s sent extra men after the quarterback three weeks in a row. Gaines has two sacks off the blitz in three games. And he doesn’t even start.

6. For those Texas fans making the trip to Fort Worth, do you have any restaurant recommendations?

WATCH: Texas aiming to ‘Make a statement’ against No. 8 TCU