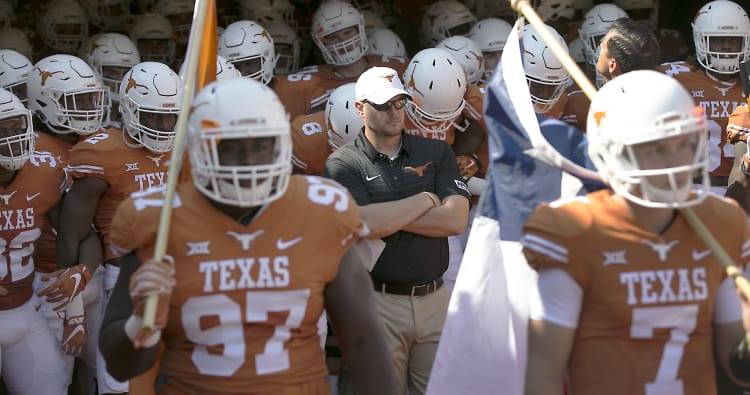 That can all change on Saturday night.

Sitting at 4-4 on the season with the heartbreak of three ranked losses by a combined 11 points still fresh, Texas will see its fourth — and possibly final — ranked opponent of the season in No. 8 TCU. The Horned Frogs have had the Horns number as of late, enjoying a 3-0 record throughout the Charlie Strong era courtesy of an overwhelming 129-26 scoring edge.

Fortunately for Texas, there’s an opportunity to patch those wounds and bury its embarrassing losing streak to TCU with a statement victory on Saturday in Fort Worth.

And that’s exactly what the Longhorns will look to do — Make a statement.

With just four regular season games remaining, Texas still needs to find two wins to reach bowl eligibility for the first time since 2014.With a rigorous portion of the schedule in the rearview, TCU appears to be the last truly daunting task ahead of Texas, and a win would not only lift the Horns above .500, but lift the team’s entire confidence level down the stretch after falling short in major matchups throughout the season.

That can all change on Saturday night at Amon G. Carter Stadium.

Facing a fork in its season once again, Texas will aim to make a statement against No. 8 TCU.

The post WATCH: Texas aiming to ‘Make a statement’ against No. 8 TCU appeared first on Hook ‘Em.

Texas vs. TCU: Q&A with a Horned Frogs beat writer