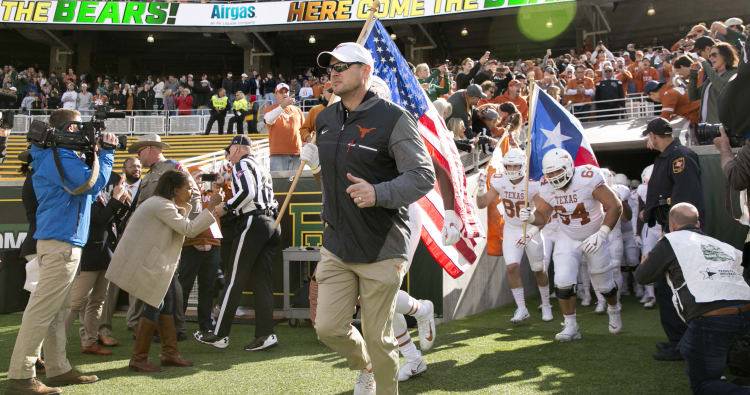 If Tom Herman wanted to create a buzz as soon as he stepped off the bus in Fort Worth, he succeeded.

The Texas coach was seen carrying a baseball bat and wearing a necklace with a giant ring attached to it as he arrived at Amon G. Carter Stadium to play TCU.

The reactions were priceless.

My educated guess is Carlos Correa has inspired Tom Herman. Either that or he and the Undertaker and Mark Henry are in a cage match later. https://t.co/fnjFOnhAST

Good to see Tom Herman and his baseball bat get reunited today pic.twitter.com/T8PiYyW7Fe

The Eyes of Texas: 3 Horned Frogs the Horns will be watching