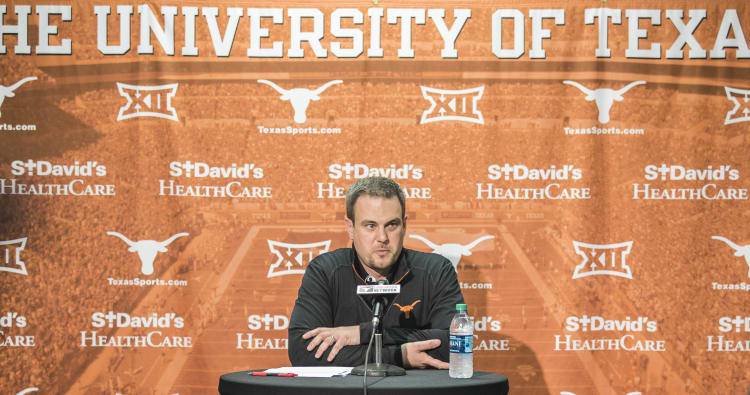 During his weekly press conference on Monday, Texas coach Tom Herman expressed his condolences to the victims of this weekend’s mass shooting in Sutherland Springs.

On Sunday, a gunman opened fire during a church service. Twenty-six people were killed. Sutherland Springs is a San Antonio-area town that sits about 80 miles away from the Texas campus.

“Before we open up for questions, I do want to express our heartfelt condolences to those suffering because of the shooting to the south of us; and our thoughts and prayers, I know that sounds cliché, but they are certainly with those affected by the horrible tragedy, and something being that close to home, we’re still trying to find out how, if at all, we can help. So please keep all of those affected in your thoughts and prayers.”