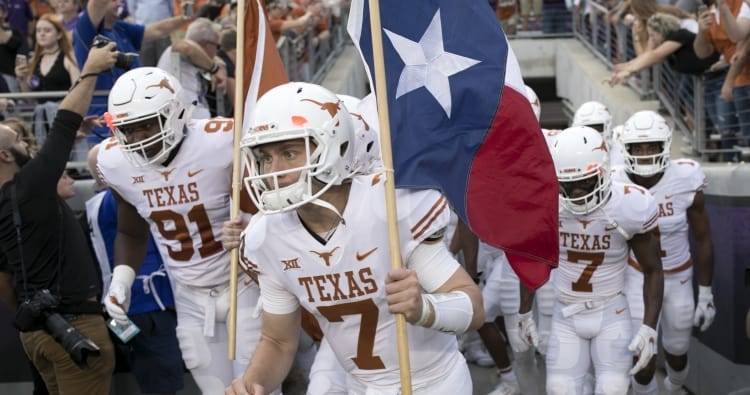 The Texas football program is teaming up with Whataburger for a canned food drive prior to facing Kansas on Saturday.

According to UT, fans who bring two or more canned food items can purchase one general admission ticket for $20 while seats remain. There is a limit of four tickets per person.

Fans will also receive a coupon for a free Whataburger, while supplies last.

Cans may be dropped off at the UT ticket office in the lobby of Bellmont Hall from 9 a.m.-5 p.m. Wednesday through Friday. On game day, fans can bring their cans to gate 3 of the Mike A. Myers Stadium from noon-5 p.m.

All contributions will benefit Central Texas communities, according to UT.

On Monday, the school announced there were 6,400 tickets remaining for the Kansas-Texas game. Kickoff is scheduled for 5 p.m.