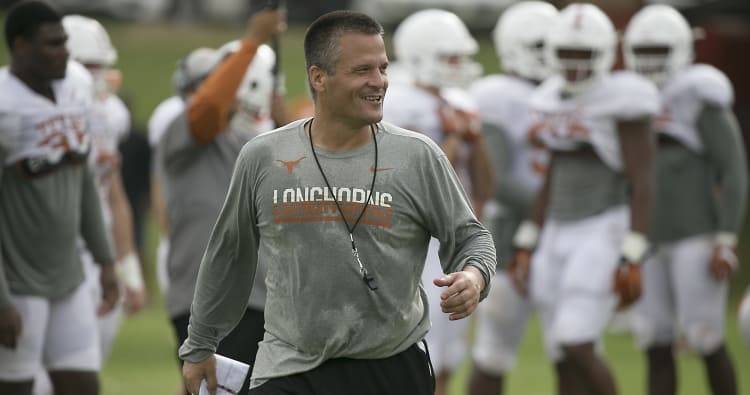 Texas defensive coordinator Todd Orlando has been nominated for the Broyles Award, the Frank & Barbara Broyles Foundation announced on Wednesday.

The Broyles Award is given annually to the top assistant coach in college football. Former Texas offensive coordinator Greg Davis won the award in 2005. Davis (1999) and ex-UT defensive coordinator Carl Reese (2001) have also been recognized as finalists.

In its first season with Orlando, Texas is allowing 21.3 points per game. The Longhorns have also held seven of their nine opponents under their season averages. Kansas State, which is scoring 33.0 points per game, needed overtime against the Longhorns to reach 34 points on Oct. 7.

UT had surrendered 30.3 and 31.5 points per game during the 2015 and 2016 seasons. Those are two of the three worst performance in school history.

Whys of Texas: Simply playing hard does not constitute success, not at Texas