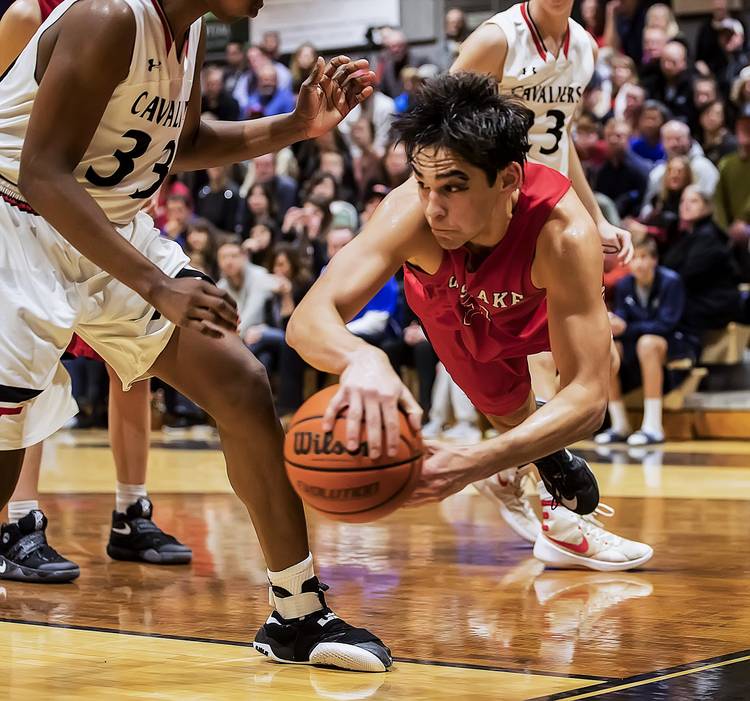 Every time a Texas athlete steps onto the field, the court, the pitch or pool, they should remember someone’s always watching. You’re a role model.

His dream finally came true Wednesday when the Westlake forward signed a national letter of intent to play basketball for coach Shaka Smart and the Longhorns.

Cunningham was one of four lengthy signees in what 247Sports called the nation’s seventh-best class. All measure 6-feet, 6-inches tall and up. This marks the third straight season Smart has reeled in a top-10 class, based on 247Sports’ annual rankings.

“When D.J. Augustin and A.J. Abrams were here, they really had things rolling. Same for Dexter Pittman and Connor Atchley,” Cunningham said. “It was something I always wanted to be a part of.”

Cunningham shook his head, practically in disbelief. “I must’ve been 10 or 11 and I was at a game with a friend and just said, ‘It would be the best thing in the world if I could play on that court,’” he said.

His father, Ed Cunningham, played football at Texas in the late 1980s and was an All-American in ’89. “He went to a lot of Longhorn stuff, a lot of camps,” Ed Cunningham said. “I remember after he met with Shaka, I said, ‘Well, what do you think?’ He said, ‘I always wanted to be a Longhorn.’”

Westlake coach Robert Lucero said Cunningham plays almost everywhere for the Chaparrals. But the Horns like his scrappy nature. He’s known as a player who will get on the floor for any and all loose balls. That’s a developed skill, one that Smart can always use.

Cunningham said he chose Texas over Oklahoma and Pennsylvania, among others.

“We had lunch one day during the summer, and it was after they had offered him,” Lucero said. “He said, ‘Coach, I can’t see myself wearing any other jersey.’ After he said that, you knew that’s where he wanted to be. He’s always wanted to go there since he was a little kid.”

Smart also signed Gerald Liddell (6-7) from Cibolo Steele, who’s rated the 40th-best player in the nation, according to 247Sports. He averaged 19.7 points and 8.6 rebounds per game last season.

Kamaka Hepa (6-9) is a forward from Portland, Ore., who is rated the 50th-best player in the nation. He averaged 16.4 points and 11.3 rebounds. Hepa was a two-time Gatorade player of the year in Alaska before moving to Oregon as a junior. UT officials hadn’t yet received his paperwork Wednesday afternoon, but were not expecting any issues.

Freshman center Mo Bamba is expected to be a one-and-done player, meaning his scholarship slot will come open next season. Sophomore Andrew Jones also is likely to go into the draft, if he has a strong season. At least one more slot would need to come open through natural attrition, which happens on every team.

“I’m not too worried about what talent may or may not be there,” Cunningham said. “I think coach Smart will be able to reload next year.”

Once described as a “hammerhead,” Gary Johnson is also using his speed to lead Texas’ linebackers