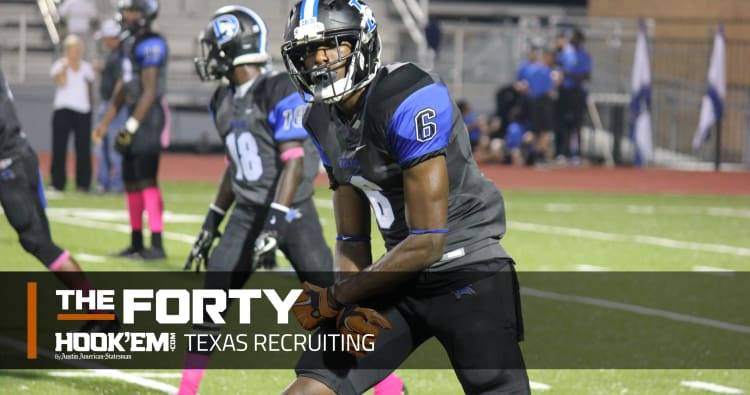 The final week of the regular season

It’s Week 11, the official end to the Texas high school football regular season. That means the playoffs are around the corner. The out-of-state commits are beginning the playoffs.

Texas commits DeMarvion Overshown (Arp) and Reese Moore (Seminole) are off this week. Both will resume their seasons next week in the playoffs. Jalen Green (Houston Heights) is out with a shoulder injury.

Where: The Star (Frisco)

Fort Worth Eastern Hills vs. Fort Worth Carter-Riverside

Newbury Park begins the playoffs against Citrus Hill on the road Friday. Through nine games, Rising has 1,374 yards and 12 touchdowns to just four interceptions. He’s completed 56 percent of his passes. On the ground, Rising has added 431 yards and nine touchdowns.

Newcastle failed to make the playoffs.

The post The Week 11 guide to watching Texas commits in action appeared first on Hook ‘Em.