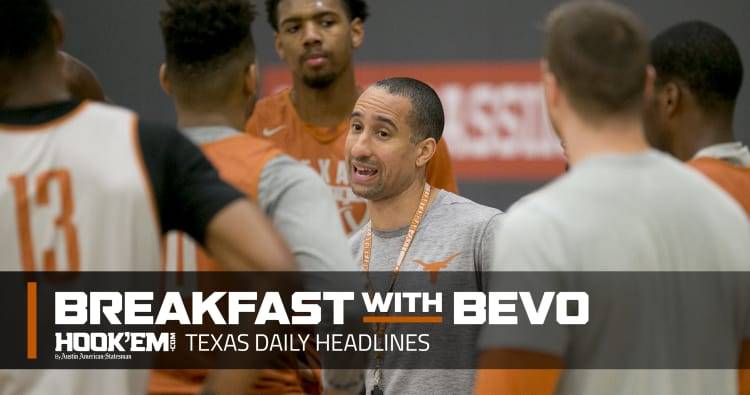 Things are looking up for the Texas basketball team. Junior guard Kerwin Roach Jr. can’t wait for the start of the season Friday night against Northwestern State. Coach Shaka Smart lost Jarrett Allen to the NBA but has gained Mo Bamba, a 6-foot-11 freshman from Harlem, N.Y., who has a 7-foot-9 wingspan. The Big 12 preseason freshman of the year will be joined by Matt Coleman, a freshman point guard who fills a much-needed role for the Longhorns. Andrew Jones and Eric Davis Jr. can focus on shooting guard while Roach aims to be the team’s best defender. Texas beat writer Brian Davis gives a rundown of the Longhorns roster as the season opener approaches.

American-Statesman columnists Kirk Bohls and Cedric Golden have a loaded episode of On Second Thought this week. First, they cover the Holton Hill suspension as the Longhorns get set to face Kansas. Then they preview the basketball season as they chat with both Longhorns head coaches. Karen Aston and the women’s team host Stetson on Sunday after Smart and the Horns take on Northwestern State on Friday.

Texas basketball fans have been waiting for his debut. No, not just Mo Bamba. They’ve been waiting for a point guard. Matt Coleman enters saddled with the task of running the Longhorns offense. During the open scrimmage at Gregory Gym, Smart gave Coleman a directive, “get Mo Bamba 13 shots.” Guess how many shots Bamba had?

It’s the final week of the high school football regular season and just three in-state players committed to Texas are missing action. DeMarvion Overshown of Arp and Reese Moore of Seminole are off this week while Jalen Green of Houston Heights is out with a shoulder injury. The out-of-state commits are starting the playoffs this week. Hookem.com recruiting writer Mike Craven has you covered if you want to watch these high school stars in action.

The Longhorns swept TCU to remain undefeated in league play at Gregory Gym on Wednesday night. A win wasn’t the only thing Texas celebrated on the day.

The post Longhorns basketball set to tip-off with teams looking up appeared first on Hook ‘Em.