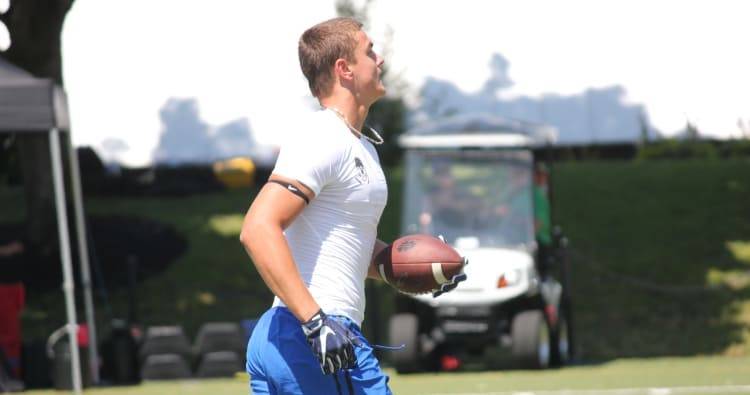 A home game against Kansas this weekend allows the Longhorns to host recruits leading into the first national signing day on Dec. 20. Texas’ 2018 class is 18 members strong and ranks as the second-best class in the nation and the top class in the Big 12.

There aren’t a ton of needs remaining for Tom Herman and his staff. Needs remain at tight end, wide receiver, along the offensive line and the defensive line. Texas could also look to add another linebacker, especially if current commit Ayodele Adeoye continues to flirt with other programs such as Oklahoma.

Here is a look at the three 2018 targets Texas plans to host on official visits this weekend.

On my way to Texas!!! #Hookem #Horns pic.twitter.com/OHBEJO8ZeX

Ford is the best uncommitted tight end remaining in the 2018 class and the Longhorns have a spot open after the de-commitment of JUCO prospect Dominick Wood-Anderson. Alabama and Auburn have led for Ford throughout the recruiting process, but an official visit to Austin allows the Texas staff to make a real impression and show the talented tight end the current depth chart.

White is committed to Texas A&M but is openly looking around at other schools. Texas and Oklahoma are among the favorites to end up signing the outside linebacker. White is an athletic linebacker with a big frame who could potentially transition to middle linebacker under Texas defensive coordinator Todd Orlando.

It’s usually impossible for colleges to get top recruits from Louisiana to reject an LSU offer and leave the state. But Texas is trying to pry Marshall away from LSU. He’s the top-rated wide receiver in the country and has stayed in constant contact with the Texas coaches throughout the recruiting cycle.