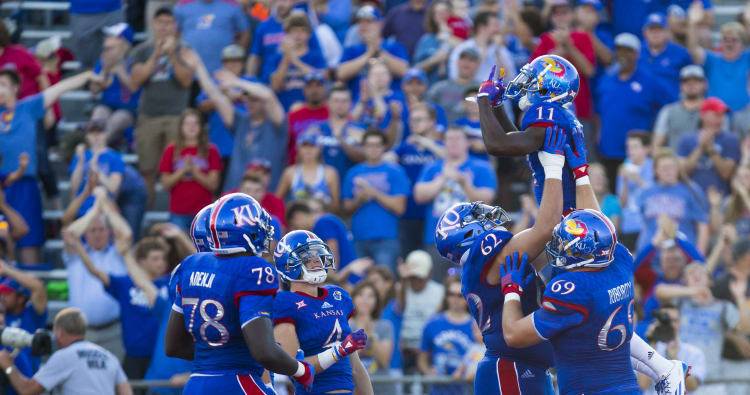 On Saturday against Kansas, the eyes of Texas will be upon …

Herbert, who started three games last year, has become a focal point in an offense that’s scoring only 19.7 points per game. Herbert is the lone Jayhawk who has rushed for more than 200 yards and he’s averaging 6.4 yards per carry. But he gained 428 of his 615 season yards and scored all four of his touchdowns in back-to-back games against Ohio and West Virginia. Herbert’s 291 yards against the Mountaineers on Sept. 23 eclipsed Gale Sayers for the third-best single game in school history.

The Houston native leads the Jayhawks in receptions (39), receiving yards (679) and receiving touchdowns (four). One of those scores was a 77-yarder against Southeast Missouri State — Kansas’ only win. Sims is two weeks removed from a 233-yard game against Kansas State, which was the third-best receiving game in KU history behind Dezmon Briscoe’s 269- and 242-yard games. Last year, Sims helped the Jayhawks rally in the fourth quarter to tie the game and force overtime against Texas; he had four catches and a 2-point conversion run in the fourth quarter.

Dineen not only leads the Big 12 in tackles — he’s got a 16-tackle lead on Iowa State’s Joel Lanning and 24 more than Texas’ Malik Jefferson — but also is one of only three players nationally with 100. And 76 of Dineen’s 110 season tackles have been solo stops. He also has 19.5 tackles for loss, which is second-most in the country behind Northern Illinois’ Sutton Smith. Dineen has recorded at least 11 tackles in all but one game this season, the 65-19 loss to Texas Tech.

The post The Eyes of Texas: 3 Jayhawks the Horns will be watching appeared first on Hook ‘Em.