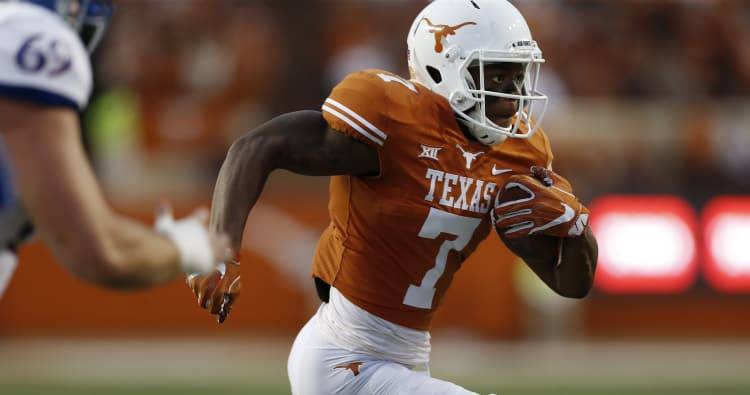 One of the local products on the Texas roster contributed in a big way Saturday against Kansas, scoring on a pick-six in the first quarter.

Senior defensive back Antwuan Davis intercepted Jayhawks quarterback Carter Stanley and returned the pass 16 yards for the first touchdown — and interception — of his career to make the score 14-0.