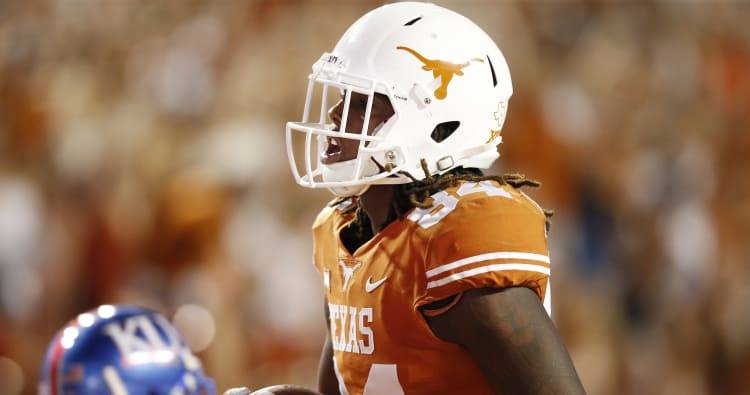 Texas needed a spark, and all it took was a lil’ hurdle.

Freshman wide receiver Lil’Jordan Humphrey made a play that is quickly becoming his trademark, jumping over a Kansas defender at the end of a 16-yard gain in the fourth quarter.

The pass play brought Texas into the red zone and was followed a few plays later by the team’s first points on the second half. Running back Chris Warren III scored the 1-yard touchdown that extended UT’s lead to 42-20.

Oh man. Lil’Jordan Humphrey with an insane hurdle here to pick up a first down. pic.twitter.com/GWCT9onAy3