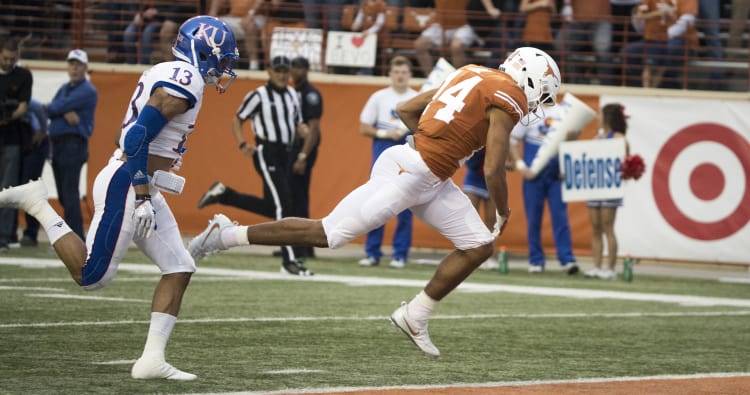 It didn’t take Shane Buechele long to impress in his first home start since the season opener. One play, to be exact.

Buechele hurled a 49-yard touchdown pass to wide receiver Lorenzo Joe on the first play from scrimmage after Kansas attempted an onside kick to start the game.

Touchdown Texas. Buechele with a strike to Lorenzo Joe on the first play from scrimmage, same opening as last year. 49-yard TD.