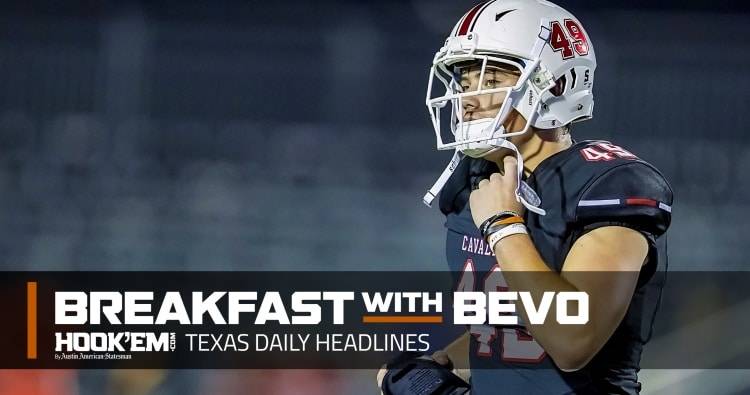 Could a Cavalier rescue the Longhorns in 2018?

The Austin American-Statesman’s Brian Davis makes the argument that the most important signing for Tom Herman in the 2018 recruiting class is also the most unheralded. Lake Travis’ kicker Cameron Dicker’s skill set is sorely needed by the Longhorns after yet another missed field goal attempt on Saturday against Kansas. He is considered the No. 1 recruit in the nation at his position.

On Saturday, yet another defensive back scored a touchdown on an interception return this season. With five of them spread over three players, the Longhorns defense is providing a spark to the scoring even when the offense is sputtering. The Austin American-Statesman’s Danny Davis points out that total ties a school record set in 1987 and matched in 2000. That total is also only three fewer touchdowns than the Texas wide receivers have this year.

Guard Lashann Higgs scored 18 points, Brooke McCarty had 14, and the Longhorns posted a 51-25 advantage on the boards in a resounding 95-59 season-opening victory over Stetson at the Erwin Center.

Hookem.com’s Danny Davis puts together his five key plays from the game on Saturday that were an integral part to the Longhorns’ win.

Third and Longhorns: Inside Texas 42, Kansas 27