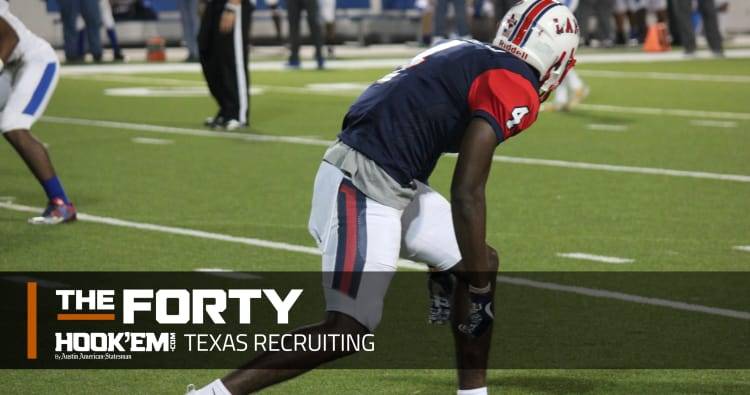 Al’vonte Woodard is part of a 4-star trio of wide receivers committed to Texas. The Houston Lamar product committed on July 15. The 6-1, 193-pound prospect is the No. 15 ranked prospect on the  Fabulous 55.

Woodard took part in The Opening Final over the summer and will play in the Under Armour All-America Game in Orlando on Jan. 4. Houston Lamar clinched a district championship last week and will open the playoffs Friday against Cypress Falls at Delmar Stadium in Houston.

Woodard shared some thoughts with us as the playoffs begin.

come join us and the rest of the #revolUTion18

It was when I made it to high school and realized I could be good at this sport.

A lot of reasons. The coaches don’t just talk about football with me. They took the time out to know my parents. The players are close and it feels like a family atmosphere.

We’re reaching our team goals, but I’m not getting the ball the same amount this year. It’s about winning, though.

I didn’t know much about him when he got to Houston. The two years he was there really helped change our city.