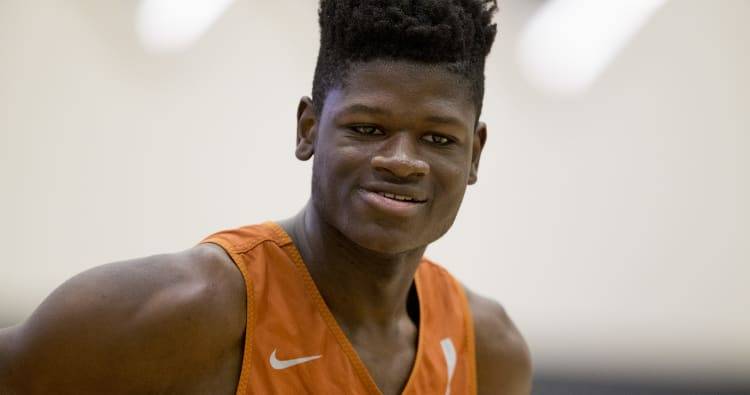 Texas Longhorns freshman forward Mohamed Bamba made his collegiate debut on Friday against Northwestern State and certainly looked the part of the 5-star prospect he arrived in Austin as.

Following a fairly dominant two-way effort in the Longhorns 105-59 victory, Bamba earned Big 12 Co-Newcomer of the Week honors, along with Kansas’ Marcus Garrett, the conference announced on Monday.

Week one of #Big12MBB is in the

These guys balled out. ⛹️ pic.twitter.com/GVyfo4X0o8

In just 23 minutes of action, Bamba recorded a team-high 15 points on an efficient 6-of-9 shooting performance, along with 8 rebounds, 4 blocks, 2 assists and 1 steal. Bamba’s 4 blocks of matching the freshman debut record set by James Banks last season.

Here are a few of many reasons why Mo Bamba is considered a top-5 draft pick. Explosion. Length. #HookEm pic.twitter.com/Ll5x2YbcAV

At 5-5, Texas coach Tom Herman admits Longhorns ‘not where we’d hoped to be’