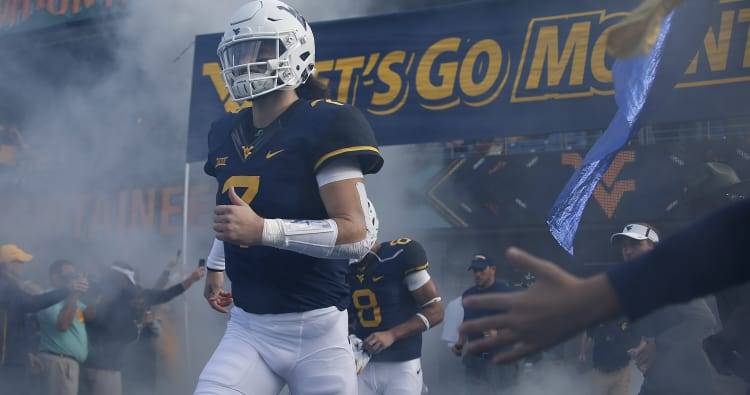 West Virginia players picked up a delighted Dana Holgorsen and tossed him in the air Saturday afternoon to celebrate a tense road victory over Kansas State.

The Mountaineers’ 28-23 win looked a lot like their victory the week before, when they held on for a 20-16 road win at Iowa State.

The wins definitely were worthy of celebration, especially the one in Ames. But the Mountaineers’ offensive performances in both games were so either/or — big-time in the first half, bust in the second.

The 24th-ranked Mountaineers (7-3, 5-2 Big 12) host Texas this Saturday. They’re still in the Big 12 race, but with little room for error. After the Longhorns, they finish the regular season with a road game at Oklahoma.

“We just need to be more consistent,” Holgorsen said Monday. “We’re very up and down.”

Stats suggest that West Virginia is the most dynamic offense in the league outside the state of Oklahoma. The Mountaineers are averaging 514 yards per game. That’s seventh-best in the country. Only 10 teams in the country are averaging 500 yards of offense this deep into the season.

But here’s the underlying issue. In the last three games, West Virginia has committed 10 turnovers.

“My stance on turnovers is different than most,” Holgorsen said. “I think they’re kind of a part of the game. I think defensively you need to have the right mentality to go out there and stop them when the turnover happens and offensively score points when we get them. We lost the turnover battle … but we won the sudden change battle. There are two different ways of looking at it.”

Quarterback Will Grier has thrown seven interceptions. He’s suffered at least one pick in eight of his 10 games.

When Grier isn’t turning the ball over, he’s the most dangerous quarterback in the league outside of Baker Mayfield and Mason Rudolph.

He also has receivers who can brutalize a defense. Three Mountaineer wideouts — Gary Jennings, David Sills and Ka’Raun White — already have exceeded 800 yards for the season. Sills has scored 18 touchdowns. The only other receiver in the country in double-digit touchdowns is White. And White, statistically, has enjoyed the best month of November of any receiver in a Power 5 league. He’s had 12 catches for 335 yards and three touchdowns.

Opposing defenses also must deal with WVU’s run game. Justin Crawford is 101 yards away from a second-straight 1,000-yard season.

Given all the offensive firepower, West Virginia can credit the defense for saving the last two games. The Mountaineers committed four turnovers against K-State. The Wildcats converted the miscues into only one field goal.

“Just proud of these guys,” WVU defensive coordinator Tony Gibson said after the win over K-State. “I said last week I haven’t been as proud of a bunch of guys as I was last week. They turned around and did it again. Hats off to them.”

Holgorsen called the win over the Wildcats “a weird game.” But he was happy to accept it. He also didn’t mind that his players picked him up and bounced him over their heads.

Holgorsen would love to celebrate the same way after the Texas game, whether it’s because of his offense or defense. This time of year, it doesn’t matter.

The post Turnover-prone West Virginia is still the Big 12’s most dynamic offense outside of Oklahoma appeared first on Hook ‘Em.