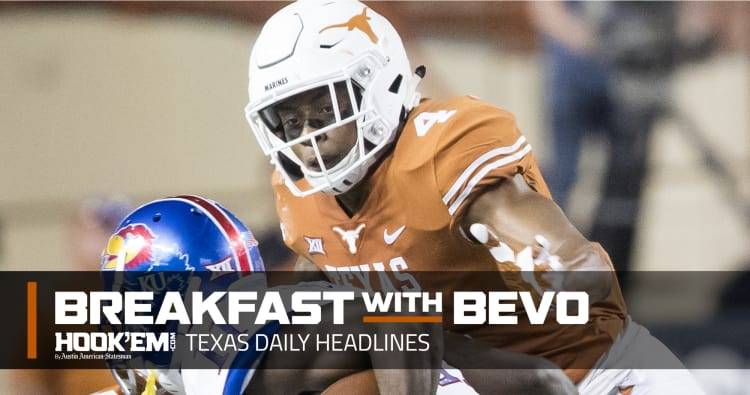 Looking in the mirror

If the first step to improvement is admitting one’s faults, Texas coach Tom Herman took that step Monday in his weekly press conference. “I think where we’re at is not where we’d hoped to be,” he admitted. Where the Longhorns are is 5-5, with a chance to get bowl eligible if they can grab a win at West Virginia on Saturday.

Herman had some good news to relay, as he announced that left tackle Connor Williams is expected to return this week. The All-American suffered a left knee injury Week 3 against USC, and went through non-contract drills last week. It is unknown how much he would play.

The football team may not be quite living up to expectations in 2017, but there is plenty of success happening elsewhere on the 40 Acres this fall. Columnist Kirk Bohls catches you up to speed on the good things happening with volleyball, soccer, cross-country and (so far, so good) basketball.

There is a youth movement happening for the Longhorns at running back, which has limited the available carries for veteran running backs Chris Warren III and Kyle Porter. They’re still contributing, just in different ways than before.

Texas basketball fans got a tantalizing first look at freshman sensation Mo Bamba in the season opener last Friday. He earned Big 12 co-newcomer of the week honors for his 15 points, 8 rebounds, 4 blocks, 2 assists and a steal against Northwestern State. On Tuesday, the Longhorns take the floor for Game 2 against New Hampshire.