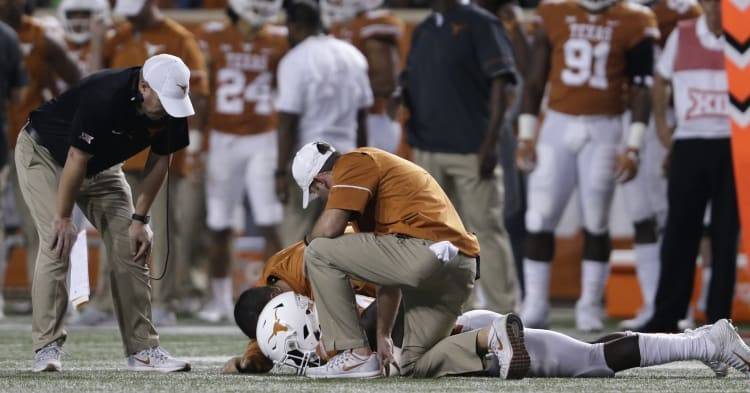 The Texas defense will be without one cornerback at West Virginia on Saturday, though one linebacker is set to go after an injury scare.

Texas head coach Tom Herman announced Thursday that cornerback Josh Thompson will not make the trip to Morgantown. The freshman suffered a concussion during practice on Tuesday.

The Longhorns will have linebacker Gary Johnson available against the Mountaineers. Herman said Johnson, who sustained a neck injury against Kansas, was cleared to play after being evaluated.

Kickoff for the Texas-West Virginia game is set for 11 a.m. CT on Nov. 18. Texas can earn bowl-game eligibility with a win.

Brian Davis contributed to this report.

Freshmen Daniel Young, Toneil Carter set for Morgantown: ‘You’ve got to be prepared for chaos’