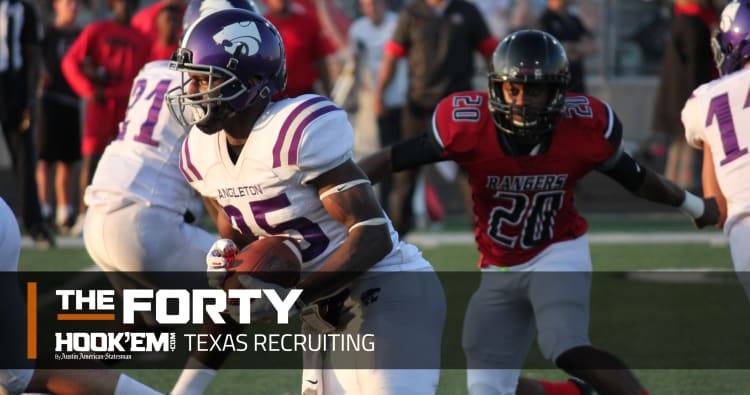 All but two of the 2018 in-state Texas commits reached the playoffs. Linebacker Byron Hobbs (Fort Worth Eastern Hills) and Brennan Eagles (Alief Taylor) have finished their seasons.

That means 12 of Texas’ 14 in-state commitments will be in action at some point this weekend in the bi-district round of the state playoffs. Only one of the four out-of-state commitments, Rondale Moore, is still in action.

Roschon Johnson, Texas’ lone commitment for the 2019 class, also has led his team to the playoffs.

Newbury Park’s season ended last weekend. In nine games, Rising had 1,374 yards and 12 touchdowns to just four interceptions through the air. He completed 56 percent of his passes. On the ground, he added 431 yards and nine touchdowns.

In 10 games, Thompson had 3,249 yards and 37 touchdown passes to 9 interceptions through the air. He added 861 yards and 8 touchdowns on the ground. Newcastle missed the playoffs.

Path to the Playoff: Heisman Front-runners