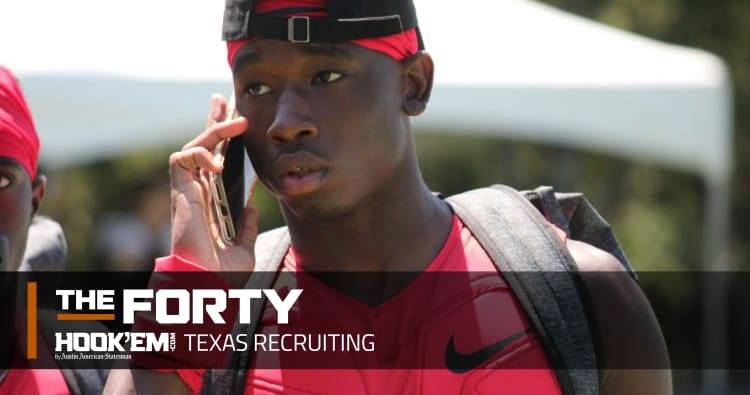 The season is still going on for 13 of Texas’ 18 commitments in the 2018 recruiting cycle. Twelve of the 14 in-state commits made the playoffs and Rondale Moore, a wide receiver from Kentucky, is still participating in his state’s postseason.

The prep careers of 11 of Texas’ 18 current commits will extend to after the postseason because of All-America game invites. The two biggest high school all-star showcases are the U.S. Army All-American Bowl in San Antonio on Jan. 6 and the Under Armour All-America Game in Orlando on Jan. 4.

Multiple future Longhorns will participate in each game and the number could grow when Texas fills out its 2018 class with more commitments before the first national signing day on Dec. 20.