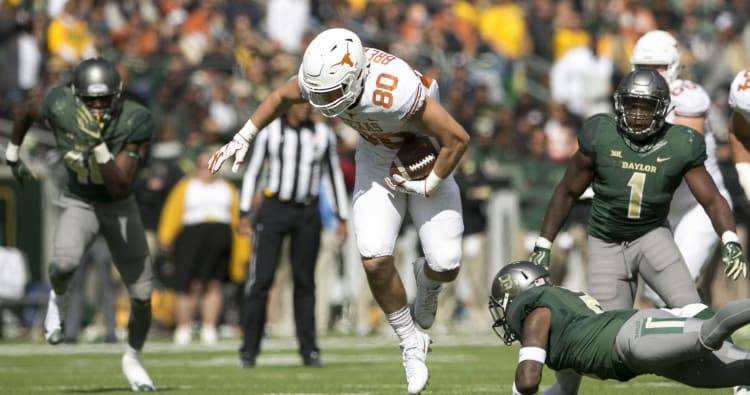 Texas freshman Cade Brewer will not be available against West Virginia on Saturday, per a release from the university.

Texas reports the freshman tight end suffered a knee injury during practice on Thursday, and is being treated and evaluated.

The Austin native has 80 yards receiving on 9 receptions in his debut season. He’s also caught two touchdowns — his first against Southern Cal and the other last Saturday vs. Kansas.

Kickoff between Texas and West Virginia is set for 11 a.m. CT on ESPN.

Texas vs. West Virginia: Q&A with a Mountaineers beat writer