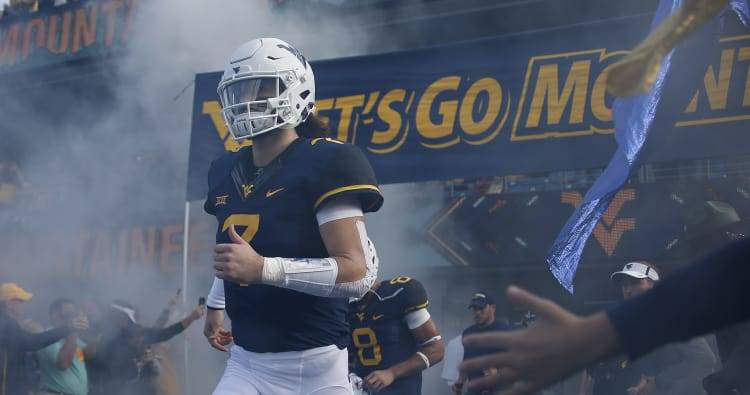 Will Grier vs. Texas’ patched-up secondary

Grier, West Virginia’s transfer quarterback from Florida, was named the Big 12’s newcomer of the week for the fifth time this season after throwing for 372 yards and four touchdowns last week against Kansas State. He’s thrown four or more touchdowns in four games so far and ranks No. 2 nationally with 34 passing touchdowns. He’ll be going up against a defensive unit that features All-American candidate DeShon Elliott at safety, but this will be the first real test for the Longhorns without suspended cornerback Holton Hill. Josh Thompson also missed practice time this week in concussion protocol and P.J. Locke III will miss the game with an ankle injury.

This may sound difficult to believe, but the Longhorns could have some success on the ground this week. The Mountaineers have the second-worst run defense in the Big 12, yielding 191.1 rushing yards per game. Only Baylor is worse (195.3). Texas had 171 rushing yards against the Bears on Oct. 28, a big reason why UT won 38-7. Young and fellow freshman Toniel Carter combined for 130 yards on 22 carries. Carter scored on a 19-yard run while Young scored from 31 yards out. Last week against Kansas, Young had a team-high 67 yards. If Texas commits to the run, it may pay dividends.

Spavital, the Mountaineers’ offensive coordinator, sounds like he’s just as frustrated as his Texas counterpart, Tim Beck. “Sometimes we look like the greatest offense to ever walk on this planet, and then the next drive we look like the worst offense to ever play the game,” Spavital said. Orlando knows his defense must carry the day in the final two regular-season games. That means Texas will have an emphasis on stopping the run. WVU’s Justin Crawford has the third-best average in the Big 12 with 89.9 yards per game. Kennedy McKoy is chipping in another 45.6 yards. Orlando is known for mixing up the looks and forcing quarterbacks to think. If the run game continues to bottle things up, that puts more pressure on Grier’s shoulders.

The Longhorns have a Ray Guy Award candidate in Michael Dickson. You could build a credible case that UT’s punter is the team MVP. But the field goal kicking has been a complete adventure. Josh Rowland has been pushed aside for Mitchell Becker, who missed from 44 yards last week against Kansas. Both teams are equals in the return game. West Virginia’s Marcus Simms ranks second in the Big 12 and averages 25.6 yards per return. Texas’ Kris Boyd averaged 29.5 yards on two returns last week against Kansas. But he got pulled after a fumble that cost UT a possession and led to Jayhawks field goal.

Texas coach Tom Herman probably thought he was getting off easy when it was announced this game would start at noon Eastern time. Then, Hager went and complicated things by insulting West Virginia fans. Asked what makes Milan Puskar Stadium so tough, Hager said, “Because it’s a bunch hillbillies drinking moonshine.” West Virginia coach Dana Holgorsen had a snappy response: “Darn right I’m a hillbilly,” he told the American-Statesman. “And I’ve seen a bunch of hillbillies drinking in clear bottles, but I can’t tell you what it is.” Hager better bring his A-game on Saturday, because the West Virginia fans certainly will.