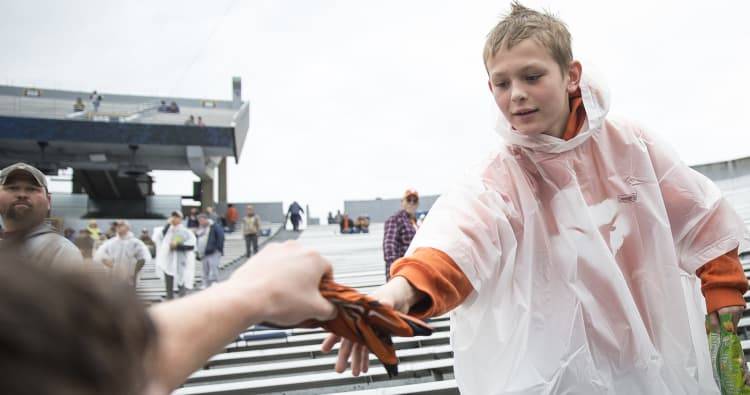 Texas found itself far away from home on Saturday, but no distance is too far to keep Longhorns fans from rooting on their team.

Take in the scene from Morgantown, West Virginia, through the eyes of some dedicated burnt orange crazies who weathered the storm — literally. Check back throughout the game as we continue to freshen this post with new posts from around social media.

So let’s recap:
Missed face mask on Breckyn BEFORE targeting call.
Texas stripped the ball and recovered. Not called.

Amazing how much it has improved the run game having Conor Williams back at left tackle. So many big plays going on that left side. #HookEm

Just bonded with a Texas fan over our mutual hatred of Pitt, some things are universal lol

Spotted some Texas fans in Wisconsin on #espncollegegameday! Horns up to these guys! 🤘🏻 #hookem #represent