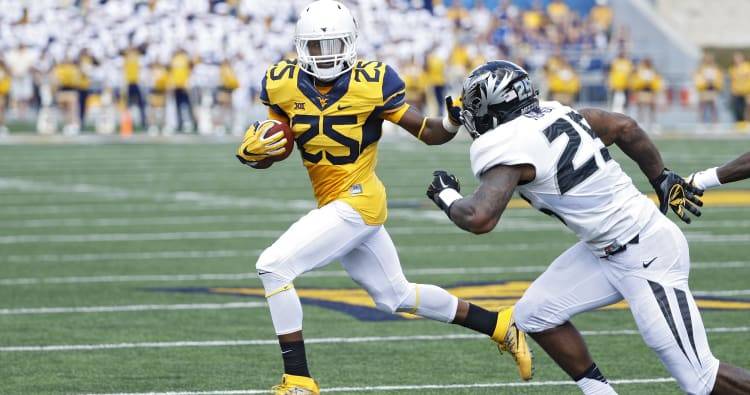 Grier, a transfer from Florida, has become a sensation in Morgantown. He ranks third nationally with 3,440 passing yards and only Missouri’s Drew Lock has bettered Grier’s 34 touchdown passes. Grier has been held under 300 yards only once, and he also threw four of his 12 interceptions in that 50-39 loss to Oklahoma State. Averaging only 2.0 yards per rush, Grier does have two 50-yard rushing games.

In addition to throwing the football, West Virginia also has found success with its ground game. Crawford, a senior, is contributing 89.9 rushing yards per game, the third-best average in the Big 12. He opened the season with five straight 100-yard games. Texas Tech, Baylor and Oklahoma State all held Crawford under the century mark, but he returned to his 100-yard ways against Iowa State and Kansas State.

Benton leads West Virginia with 84 tackles, and his two interceptions and three sacks rank second. During a 56-34 win over Kansas on Sept. 23, Benton had 11 solo tackles, an interception and a quarterback hurry. The 6-1, 238-pound senior has started 23 times over the past two years, and the Mountaineers have allowed 26.3 points per game during that span. This year, WVU has the Big 12’s sixth-best scoring defense (29.2 ppg).

The post The Eyes of Texas: 3 Mountaineers the Horns will be watching appeared first on Hook ‘Em.