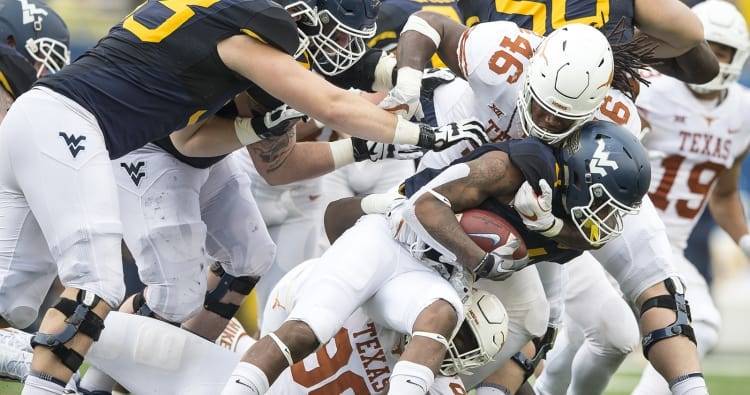 Linebacker Gary Johnson might have made the play that sent Texas bowling.

The junior college transfer forced West Virginia quarterback Chris Chugunov to fumble deep inside his own territory and defensive tackle Chris Nelson pounced on it.

The turnover led to a Daniel Young touchdown that gave the Longhorns a two-possession lead late in the fourth quarter.

It’s halftime, and Texas is shutting out West Virginia, 14-0