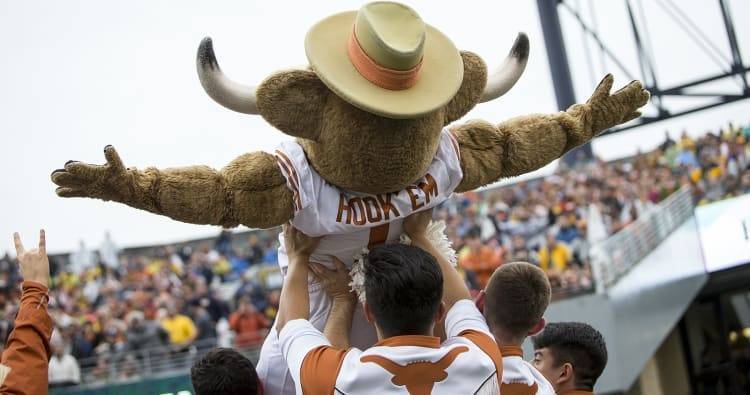 Texas coach Tom Herman tells his players to treat every game like it’s the Super Bowl. Every single one is that important, as was a 28-14 win on Saturday over West Virginia.

“Coach says keep pushing,” cornerback Davante Davis said. “We wanted to get to a bowl game bad, so we needed this win bad.”

After Saturday’s win over West Virginia, Texas will be headed to a postseason bowl game for the first time since 2014. But which one? Trying to gauge where the Longhorns are headed for the holidays is still educated guesswork at this point, but there are some obvious possibilities.

The Longhorns have never appeared in this game, which was long known as the Citrus Bowl and then the Russell Athletic Bowl. In fact, Texas has not even played in an out-of-state bowl game since the 2011 Holiday Bowl. If the Horns finish 7-5, they would be riding a three-game winning streak and bring a national brand to Orlando with a first-year coach.

Like the Camping World Bowl, Texas has never played in the Liberty Bowl in Memphis. It has an early kickoff for TV purposes. But the Horns might welcome a matchup against a SEC equal. Don’t expect to see the ducks at the famous Peabody Hotel. The SEC team usually gets those accommodations. The ribs on Beale Street are fair game, though.

If the Longhorns win their regular-season finale, it’s unlikely they would fall to the Cactus Bowl, which is affiliated with the Fiesta Bowl. That event would try to get a 6-6 Texas squad, though. A football game in a baseball stadium? Really?

TCU or Oklahoma State would have to stumble down the stretch to fall down the ladder, but the Alamo Bowl would be on UT’s radar at that point. Texas would have to beat Texas Tech and look good doing it in addition to having other teams falter. Don’t spend too much time looking for hotels in San Antonio.

The post Where are the Longhorns going bowling this December? appeared first on Hook ‘Em.

Now 6-5, Texas projected to square off with Mississippi State in Texas Bowl