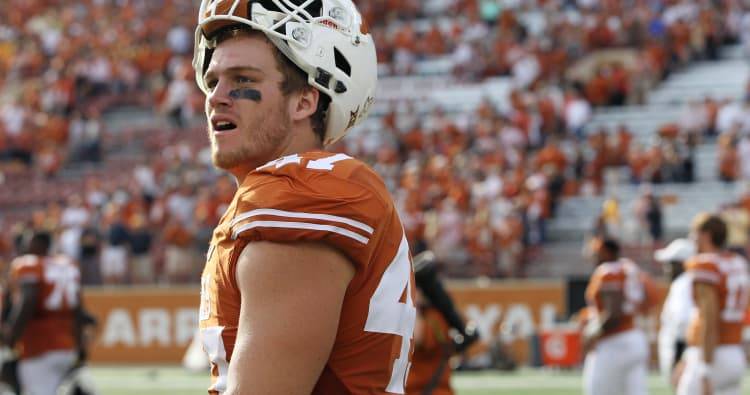 On Friday, the Texas football team will honor the collegiate careers of 13 seniors.

Andrew Beck will not be one of them.

Listed as a senior tight end on UT’s roster, Beck has not played this season after fracturing his left foot in August. Herman told reporters on Monday that Beck has been cleared to return and is practicing. Texas, though, will redshirt him this season.

“We’re going to leave that decision up to Andrew on whether he wants to come back for a fifth year,” Herman said. “Right now, that’s what he has told us his intentions are. If that changes, we’ll certainly support anything that he wants to do.”

Beck was projected to be Texas’ starting tight end this season. Recruited to Texas by Charlie Strong as a three-star linebacker, Beck switched positions in 2015. He has caught 12 footballs in his career, and he scored on half of last year’s four receptions.

Herman has often opined about the blocking asset the Longhorns lost when Beck was injured. Beck has also been UT’s fifth captain this year.

Against Texas Tech, Beck will be joined on the sidelines by offensive line Patrick Vahe and nickelback P.J. Locke III.  Vahe, who is the only offensive player to not miss a start this season, has suffered a second-degree MCL sprain. Herman is hopeful that the left guard, who will be replaced by Terrell Cuney, can return by UT’s bowl game.

Locke has missed the last three games with an ankle injury. Herman said a return against Texas Tech was “not looking good.

The post After redshirting this year, tight end Andrew Beck could return to Texas in 2018 appeared first on Hook ‘Em.

Now chugging with momentum, Texas has no reason to let up against Red Raiders