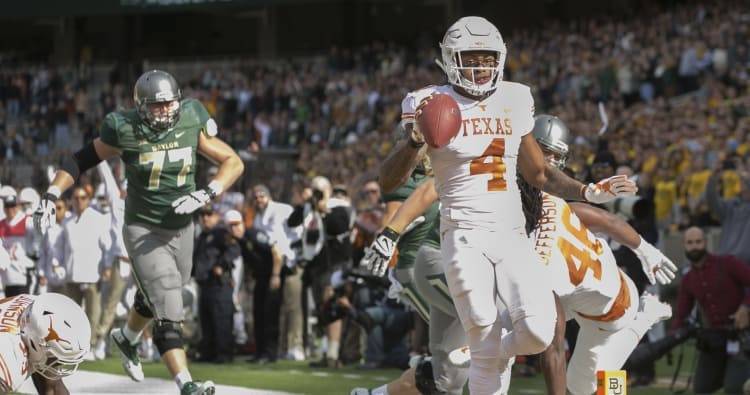 Elliott was named a finalist for the Jim Thorpe Award on Monday. Michael Huff (2005) and Aaron Ross (2006) are the only Longhorns to ever win the Thorpe Award, which is given annually to the nation’s top defensive back. Quentin Jammer (2001) and Earl Thomas (2009) were previously named finalists.

Elliott joins Alabama safety Minkah Fitzpatrick and Iowa cornerback Josh Jackson as the finalists for the 2017 Jim Thorpe Award. The winner will be announced at the Atlanta-hosted College Football Awards Show on Dec. 7.

Elliott’s six interceptions rank second nationally, and he has scored defensive touchdowns against USC and Baylor. Elliott has recorded 57 tackles, five pass break-ups and three forced fumbles. In the fourth quarter of last week’s 28-14 win over West Virginia, Elliott broke up a key fourth-down pass into the end zone.

Jackson leads the country with his seven interceptions, and he has a nation-high 24 passes defended. Fitzpatrick has broken up six passes for Alabama, which boasts the third-best passing defense on the FBS level (156.7 yards per game).

Dickson currently leads the nation with his average of 48.0 yards per punt. Twenty-five of Dickson’s 64 punts have landed inside an opponent’s 20. He unleashed a 76-yard bomb against TCU on Nov. 4.

Path to the Playoff: Weekend Review

After redshirting this year, tight end Andrew Beck could return to Texas in 2018