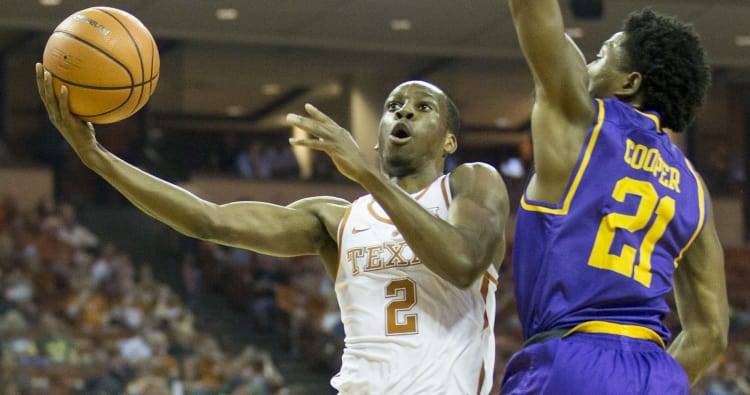 Yes, Matt Coleman is a freshman and sure, three games into his first season at Texas, there’s a lot he doesn’t know.

But Texas coach Shaka Smart has already turned the keys over to the coveted point guard and instructed him to drive. This is Coleman’s basketball program, Smart has told the poised 6-2 athlete from Norfolk, Va.

Where the Longhorns go will be greatly influenced by him. Any why not? Spend any time around Coleman, like Smart has since the athlete was an eighth-grader, and you’ll realize why the coach trusts him implicitly.

In Texas’ first three games, all relatively easy victories, Coleman had 10 assists and only one turnover in 74 minutes combined. He’s been every bit the key ingredient this team needed. So far, so good.

The competition increases dramatically this week at the PK80 tournament in Portland, Ore. First comes a game against Butler (3-1) on Thursday and then a possible date with top-ranked Duke (4-0) on Friday.

“Ready to get battle-tested,” Coleman said.

If any Longhorn has any qualms about facing the Blue Devils or anyone else in Portland, Smart expects Coleman to notice and squash it. It’s part of the job description as UT’s point guard.

“He’s relayed that message,” Coleman said in his first extended interview since the season began. “He said, ‘You have the power to let guys know if they’re out of line, tell them. If they’re doing well, tell them.’ It’s about being an extension for him.”

Smart has given Coleman explicit instructions to stop practice if things don’t look right. If Coleman needs to huddle with players to solve specific problems, so be it.

“He’s really kept the same message he’s always had from day one while recruiting me, and now he’s reinforcing it,” Coleman said. “Matt, you have the opportunity to be you, basically.”

Smart has said that Coleman is far more concerned about getting his teammates involved. He’s not necessarily looking to score first, Smart said.

In three games, Coleman has taken only 15 shots, making eight and dunking one with authority, too.

It’s hoped that by keeping the ball moving, Texas can have a true inside-out offense that generates easier shots. The Longhorns shot 49 percent in the first three games but hit only 20 of 73 (.274) from beyond the arc.

Bamba is shooting 65 percent having made 11 of 17 shots. Jericho Sims is also 7 for 11 in the early going. Osetkowski is shooting 46 percent from 2-point range and made just 2 of 8 from 3-point range.

“What Matt has to do is continue to improve with his ability to get his teammates shots,” Smart said. “As a floor general, as the point guard, his job first and foremost is to put other guys in our team in position to score, not only with his passing, but with leadership, with talk, with organization.”

“His No. 1 duty at that position is to be about the other four guys on the floor and make them better,” Smart said.

On the road again: The Longhorns were 0-11 in road games last season and 1-4 in neutral-site games. Smart is tired of hearing about the past, but this program must start winning away from the Erwin Center.

Last November, Texas lost to Northwestern and Colorado in the Legends Classic at Barclays Center. Texas came back home from Brooklyn, N.Y., lost to UT-Arlington and suddenly had a 3-3 record. Things spiraled from there.

“We had quite a few guys that lacked a level of humility,” Smart said. “I think we’re in a better place than we were.”

Now chugging with momentum, Texas has no reason to let up against Red Raiders