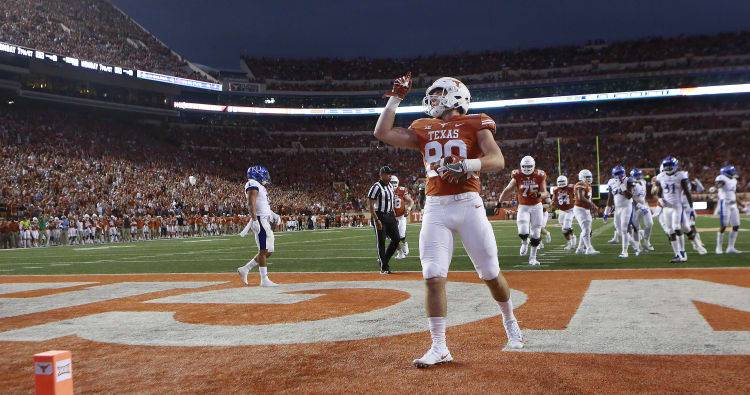 After suffering a knee injury in practice last week, which caused him to miss Texas’ 28-14 win over West Virginia, freshman tight end Cade Brewer has been ruled out for the remainder of the 2017 season with a torn ACL, Texas confirmed on Monday.

Texas also now confirming that TE Cade Brewer has a torn ACL. Done for the year.

A local product out of Texas high school football powerhouse, Lake Travis, Brewer’s debut season with the Longhorns concludes with 9 receptions for 80 yards and 2 touchdowns.

Brewer’s first career catch became his first career score with a three-yard reception on the road in Week 3 during Texas’ 27-24 double-overtime loss to then-No. 4 USC. His most recent touchdown grab came at home against Kansas as part of a 42-27 Texas win.

Brewer recorded a catch in seven games this season.

Head coaching carousel will spin, but Todd Orlando plans to stick with Texas