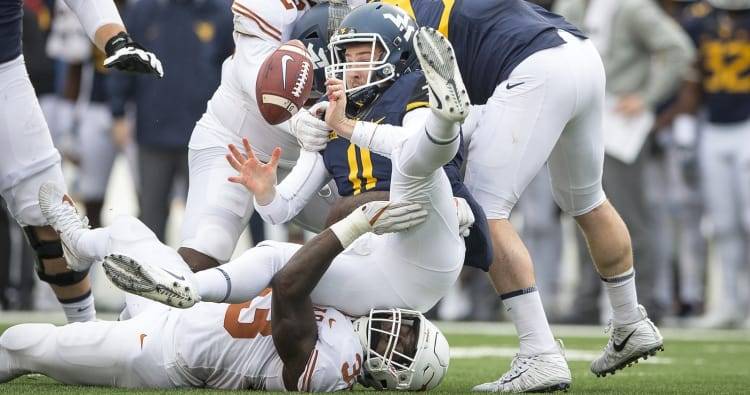 Johnson had seven tackles, a sack, a forced fumble and a quarterback hurry in the Longhorns’ 28-14 victory against West Virginia. It was the first weekly honor of Johnson’s career.

Overall, the Texas defense held West Virginia to season lows in points and total offense. It was also the sixth time this season the Longhorns kept their opponent below 100 rushing yards.

What would a commitment from Anthony Cook mean for the Longhorns?

Tom Herman: Still plenty for Texas to play for in regular-season finale