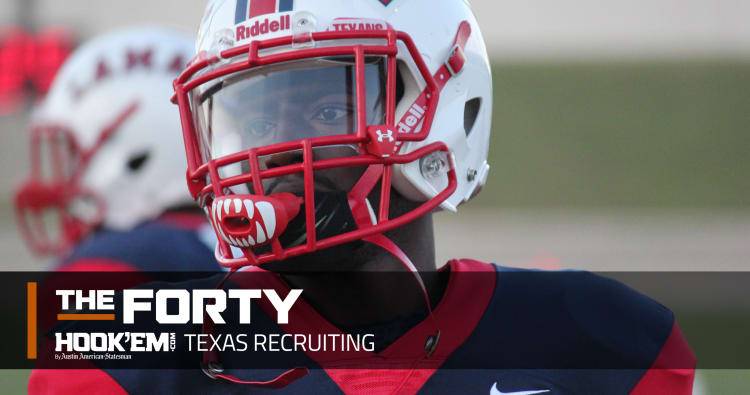 Jamison, an alumnus of The Opening Final and a future Under Armour All-American, is 5-10 and 174 pounds. He’s played cornerback, safety and linebacker at Lamar. He’s ranked No. 17 on the 2018 Fabulous 55.

Jamison recently shared his thoughts on Texas and the recruiting process:

It started at 7 years old after I started running summer track. I joined the football team the next year and it became my favorite sport.

A coaching staff that showed a lot of love and what was best for me. I wanted a school that made an effort to get me.

He has always been real, even when he was at Houston. He told me what to look for and what not to look for, even if I wasn’t ever going to Houston.

Mainly against the slot, like what P.J. Locke does for Texas. Also return some kicks.