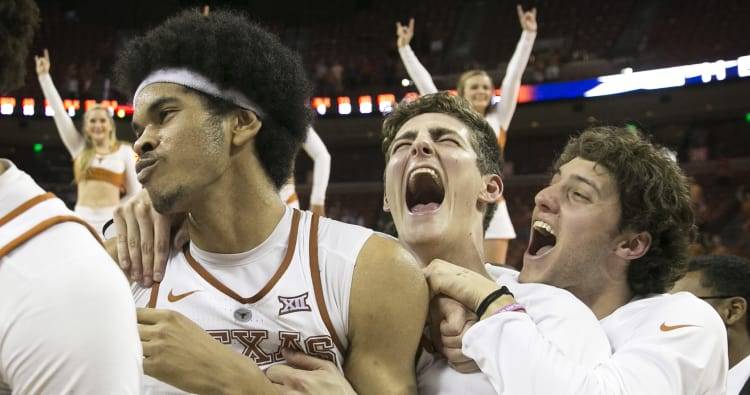 Former Texas forward and current NBA rookie Jarrett Allen is already finding ways to give back in his first year with the Brooklyn Nets.

On Tuesday, Bryan Fonseca from NetsDaily followed Allen as he treated 25 middle school students from Queens, New York to a Thanksgiving shopping spree. Rather than simply hand over food, the product of St. Stephen’s Episcopal School partnered with Key Food to teach students how to shop on a budget.

Allen gave each student an itemized shopping list and $70 to spend. There was only one requirement: “Don’t forget Jarrett’s Thanksgiving Must-Have: Mac & Cheese.”

I had a great time helping the kids from @Elmcor go and do some Thanksgiving shopping for their families at @keyfood yesterday! A huge thank you to the @Brooklynnets and the volunteers from @national4h for helping put this together. Happy Thanksgiving!

Pretty cool, right? This isn’t the first time Allen has helped out in his new community, either. Back in September he paid for back-to-school haircuts and gave away school supplies.

“I want to show them to be grateful for what their parents have done over the years,” he told NetsDaily. “Just to teach kids how to manage your own stuff. They don’t understand how hard it is to budget a Thanksgiving meal and then finally bring it back home, so we finally get to show them how to do it. I would say, honestly, I’m learning it too. I never really fully understood how it is to bring home a Thanksgiving meal. They’re learning … and I’m also learning too.”

On the court, the 19-year-old is averaging 4.0 points and 2.5 rebounds through eight games.