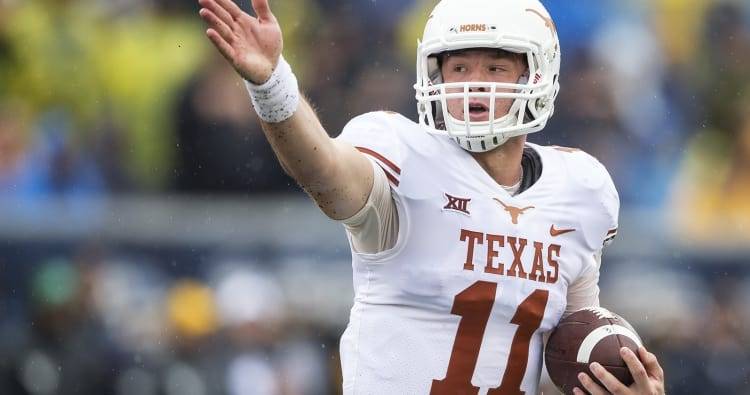 Sam Ehlinger was one of many 2017 signees to see the field as true freshman. (Austin American-Statesman)

1. Will Sam Ehlinger be the latest freshman to best Tech’s defense?

Sophomore quarterback Shane Buechele will likely play, but freshman Sam Ehlinger will start — and the Red Raiders have struggled this month against freshmen. Kansas State’s Skylar Thompson beat Texas Tech on Nov. 4 with a touchdown pass in overtime; Baylor’s Charlie Brewer threw for 417 yards against the Red Raiders on Nov. 11; last week, TCU’s Shawn Robinson led the Horned Frogs to a win by leading his team in rushing.

2. Will Breckyn Hager make an impact in his one half?

Texas’ junior defensive end will miss the first half; he was penalized and ejected for targeting in UT’s 28-14 win over West Virginia. So the Longhorns will rely on the rotation of Charles Omenihu and Malcolm Roach for the first two quarters. Hager has four sacks, which is tied for the team lead. Will Texas Tech’s offensive line, which is allowing 2.09 sacks per game, be able to contain him in the second half?

Earlier this week,  Texas safety DeShon Elliott (Jim Thorpe) and punter Michael Dickson (Ray Guy) were named finalists for national awards. The College Football Awards Show is Dec. 7, so this will be Elliott’s and Dickson’s last chance to impress the voters. Only nine other schools average more passing yards per game than Texas Tech, so Elliott — whose six interceptions rank second nationally — should be kept busy. Dickson leads the country with an average of 48.0 yards per punt.

4. Will Texas recover another onside kick?

The Longhorns have successfully recovered an onside kick, and neither came at an obvious point of the game. Kansas led off its Nov. 11 showdown with one and West Virginia, which trailed 21-14 at the time, tried one last week with 9:01 left in the game. Lorenzo Joe, who recovered the Mountaineers’ surprise attempt, remembered corralling a similar onside kick against West Virginia in 2014 and said “Coach (Craig) Naivar does a great job every week letting us know, hey, be ready for anything.”