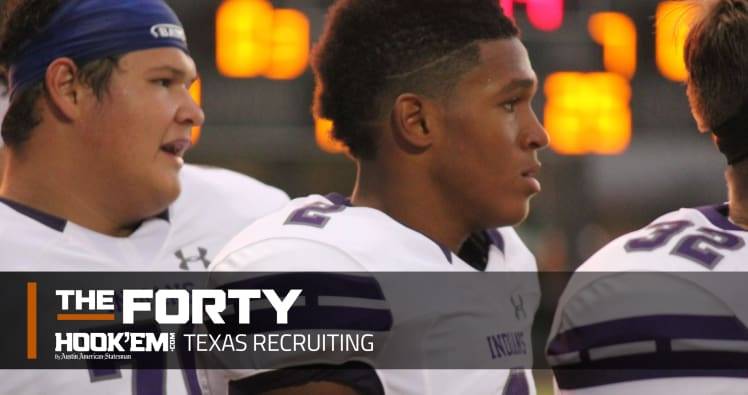 All but two of the 2018 in-state Texas commits qualified for the playoffs. Linebacker Byron Hobbs (Fort Worth Eastern Hills) and Brennan Eagles (Alief Taylor) finished their respective seasons in Week 11.

Roschon Johnson, Texas’ lone commitment for 2019, is also still alive after throwing for 10 touchdowns in a victory over Crosby in bi-district.

A guide to watching in-state commits

Newbury Park’s season ended last week. In nine games, Rising had 1,374 yards and 12 touchdowns to just four interceptions. He completed 56 percent of his passes. On the ground, Rising added 431 yards and nine touchdowns.

The post The area round guide to watching Texas commits in playoff action appeared first on Hook ‘Em.