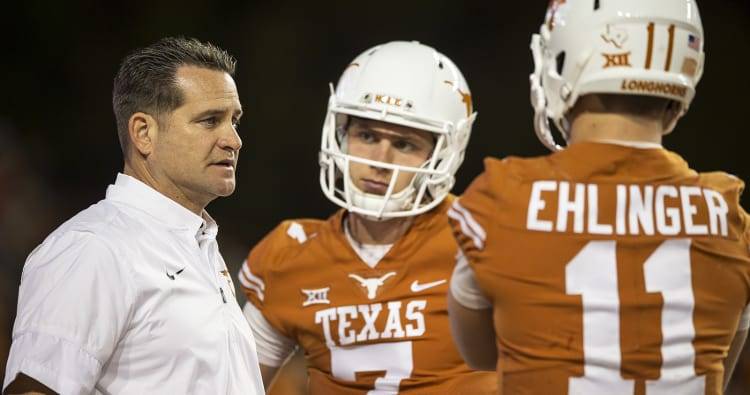 As is tradition, Texas plays its final game of the regular season the day after Thanksgiving.

This year, the opponent is Texas Tech, but the opponent is less important than what is at stake. For the Longhorns, the game is a chance to secure their first winning season since 2013. For the Red Raiders, coach Kliff Kingsbury’s job could very well be on the line.

Follow along with the fans inside the stadium as we continue to update this post with fresh photos, videos and reactions throughout the game.

The bands came together to play the 1812 Overture. It was all very exciting. #hookem #ThisIsTexas pic.twitter.com/JPldTOuIrK

This is how Tim Beck chooses which play to call. #texasfootball #hookem pic.twitter.com/iqXdin92Hx

My first @UTAustin Longhorns game! Had to buy a new shirt because all my stuff is Gator orange. 😀🤘🏻🐂🏈 #HookEm pic.twitter.com/2gpYviNxYF

It’s OK. We knew these guys weren’t just gonna go away. Sorta like my mother-in-law this weekend. #hookem

okay mr commentator i don't like your attitude. i also don't like that little tech qb sassily holding the ball up

When your team loses to Duke in OT then scores a touchdown against Tech w/in 20 minutes. I’ll take it. #TexasFight

Closing out another Texas Football season at #TexasTailgarten, been a great year. See you next year #scholzbeergarten! 🤘🏼🏈🐂 pic.twitter.com/dMpcM51n82

The post Social reaction: Texas fans fill up on football for final home game of 2017 against Texas Tech appeared first on Hook ‘Em.