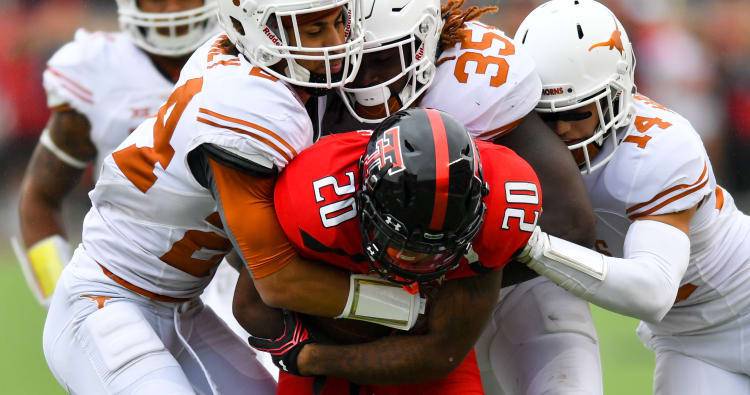 Texas Tech lost Patrick Mahomes II to the NFL, but the Red Raiders’ passing game has remained potent under Nic Shimonek, a fifth-year senior who began his career at Iowa. Shimonek has thrown for 3,451 yards and 28 touchdowns and he has only 8 interceptions in 426 pass attempts. But he’s coming off a loss to TCU in which he had season lows in passing yards (137) and completion percentage (51.5), and he didn’t throw a touchdown.

Keke Coutee leads the team in receptions (73), receiving yards (1,074) and touchdown catches (9). He ranks seventh nationally in receiving yards, and is one of only 12 receivers with 1,000 yards. Texas has faced three of those other 1,000-yard receivers, and UT held its own against Oklahoma State’s James Washington (4 catches, 32 yards), Baylor’s Denzel Mims (4 catches, 42 yards) and West Virginia’s Gary Jennings (10 catches, 78 yards).

Dakota Allen has 80 tackles, 2 interceptions and a sack to a defense that’s allowing 32.5 points per game. This has been a successful reunion for Texas Tech and Allen, whose freshman and junior seasons in Lubbock are bookends for the year he spent at East Mississippi Community College. Earlier this year, Allen was named the Big 12’s defensive player of the week after a 12-tackle performance against Houston. He was the first Red Raiders player to win that award since 2015.

The post The Eyes of Texas: 3 Red Raiders the Horns will be watching appeared first on Hook ‘Em.