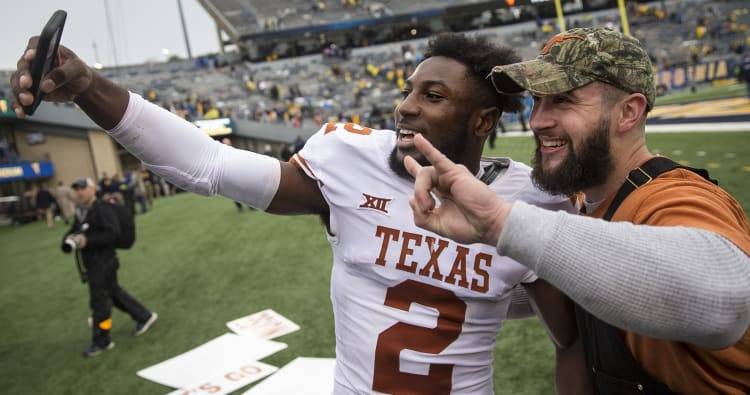 Kris Boyd has caught plenty of passes thrown by McLane Carter, but the Texas Tech quarterback probably hoped Boyd had snagged his last.

The Texas cornerback and former Gilmer Buckeye intercepted his former teammate and returned the ball 44 yards into Red Raiders territory.

The two hooked up plenty of times in high school — Boyd played both ways — but Carter likely didn’t plan on throwing the ball to him in his first Big 12 start.