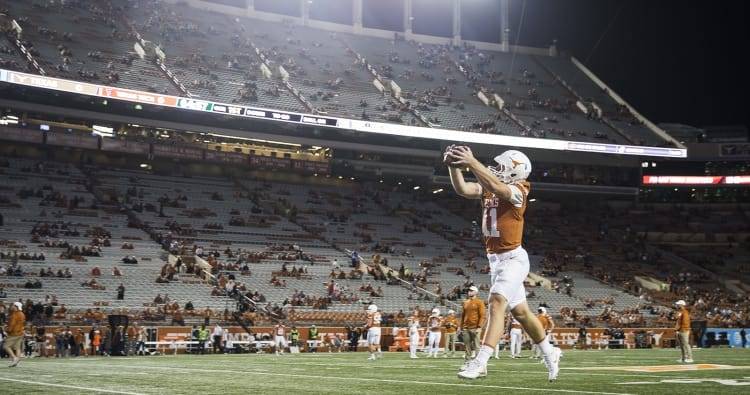 Prior to the game Friday against Texas Tech, Texas quarterback Sam Ehlinger was spotted catching a deep pass during warmups at Royal-Memorial Stadium.

It didn’t take long for him to put that practice to use, as freshman wide receiver Lil’Jordan Humphrey tossed a 27-yard pass to Ehlinger on the first play from scrimmage. A few plays later, the quarterback found Armanti Foreman from 27 yards for a touchdown.

First play of the game. Humphrey to Ehlinger. #Hookem pic.twitter.com/ZwcVa52hiY

Social reaction: Texas fans fill up on football for final home game of 2017 against Texas Tech