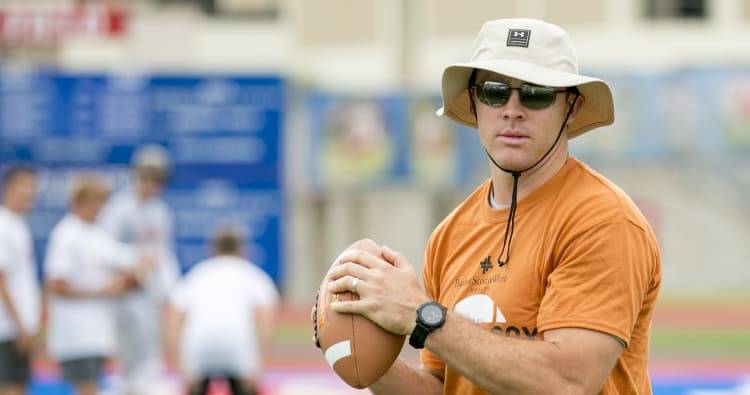 Well, you can’t win ’em all, even if you’re Colt McCoy.

Former Texas Tech linebacker/defensive end Pete Robertson posted a shot of former Texas quarterback McCoy, all decked out in scarlet and black, presumably after McCoy lost a bet with Robertson.

To his credit, McCoy is being a good sport about it, a much better sport than most would be after their team loses a lead at home.

Other than Vince Young, McCoy is probably the most recognizable Texas quarterback of the modern era. There was no shortage of moaning and groaning when announcers would throw out the fact that he and Jordan Shipley were roommates, but everyone can agree that he was a solid quarterback.

Lost in the Texas Tech defensive struggles of the Kliff Kingsbury era was Pete Robertson, who led the Big 12 in sacks during the 2014 season with 12. Robertson was never blessed with a lot of help around him, but appears to be having an okay NFL career, and he’ll have this photo for a while as well.