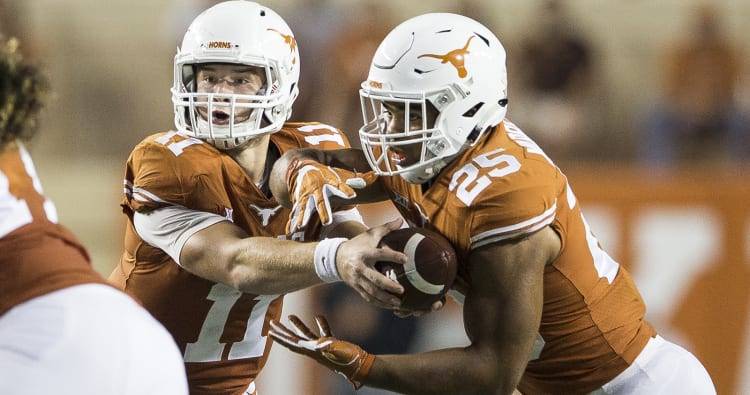 “After putting a lot of thought into it with my family, I talked to Coach (Tom) Herman this morning and let him know I have decided it’s in my best interest to transfer from the University of Texas to continue my education and football career,” Warren said in a statement.

“It was a difficult decision, and I’m thankful to all of my teammates and coaches I’ve had on the 40 Acres. Texas is a special place, and I’m appreciative to have had the opportunity to grow as a person and a student-athlete here.

Warren continued, “I’ve formed so many great relationships and memories and will cherish them forever. I will miss my teammates and The University of Texas, and I will forever bleed burnt orange. Thank you all for the support!”

Herman and his staff planned on spending the week recruiting and was not available for comment, a spokesman said.

Warren has endured a frustrating year that saw him lose playing time at his natural position and then get moved to tight end. He rushed for 314 yards this season and had six touchdowns.

Warren’s frustration was obvious after the West Virginia win. He caught a 20-yard touchdown pass as a tight end as part of UT’s 28-14 win.

Warren does have a redshirt year available should he transfer to another FBS school. He would have just one year of eligibility remaining.

Last season, Warren rushed for 366 yards while rotating with D’Onta Foreman through the first three games. Warren suffered a knee injury against Oklahoma State on Oct. 1 and was lost for the season. Foreman went on to become the Doak Walker Award winner as the nation’s best running back.

It’s possible Warren could apply for a medical waiver to get back that lost year. Warren’s new school would need to file the paperwork on Warren’s behalf with the NCAA.

This season, Warren got only six carries for 31 yards in the season-opening loss to Maryland. The next week, he rushed for 166 yards against San Jose State. But the 250-pounder got only four carries against USC and could only watch as quarterback Sam Ehlinger fumbled on second-and-2 from the USC 3 in double overtime.

Three games later, the coaching staff sent Warren in for a goal-line rushing attempt. Warren scored from 1 yard out with Ehlinger pushing him into the end zone.

“My level of frustration is not necessarily tied to the running game, it is tied to wins and losses,” Warren said in mid-October.