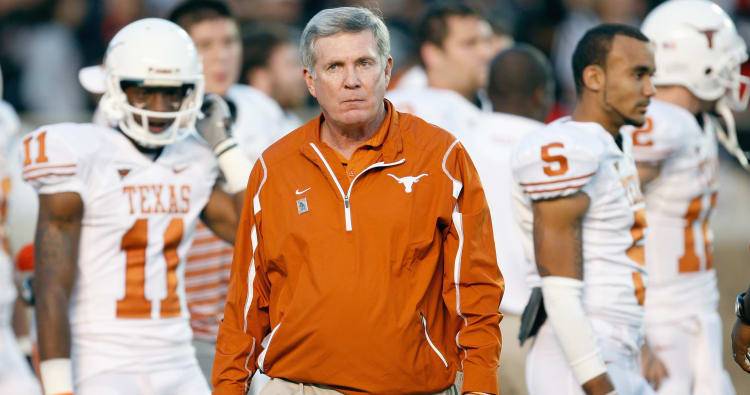 Former Texas football coach Mack Brown hasn’t been on the sidelines since 2013, but that could change before long.

In an interview with Arizona Sports 98.7’s John Gambadoro, Brown said he’d “definitely be interested” in coaching at Arizona State if approached about the matter.

Just had Coach Mack Brown on the show and he would definitely be interested in talking to ASU about the head coaching job if they want to talk to him. Says he has one good run left in him.

Brown told Gambadoro that he has “one good run left in him” after coaching the Longhorns from 1998 to 2013.

Brown won 10 games on nine separate occasions with Texas. He led the Longhorns to two Big 12 titles and one national title during his tenure.  The Longhorns posted a total record of 134-34 under Brown, a plus-100 differential.

Longhorns in the NFL: Week 12 highlighted by career-long FG