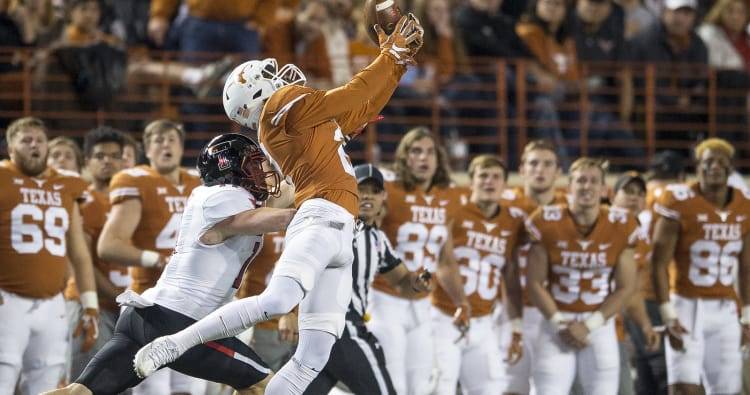 Although the Longhorns lost, 27-23, Boyd proved to be a lockdown option on the outside. Along with recording 6 tackles — 5 of which were solo efforts — Boyd defended 5 passes and notched his second interception of the season, returning a McLane Carter pick 44 yards to the Red Raiders 9-yard line.

The following play, Texas regained the lead with a Daniel Young touchdown scamper.

As a result of his game changing contributions, Boyd was named to the Pro Football Focus Big 12 Team of the Week, and more notably, his 98.6 rating headlines both, the defense and offensive units.

Boyd, who is reportedly considering a jump to the NFL after three seasons in Austin, concluded the regular season ranked fifth on the team with 51 tackles. And although he’s intercepted just 2 passes throughout the 2017 campaign, Boyd’s 14 passes defended nearly matches the collective efforts of safety DeShon Elliott (9) and cornerback Holton Hill (6).

Will the firing of Kevin Sumlin impact Texas’ recruiting class?