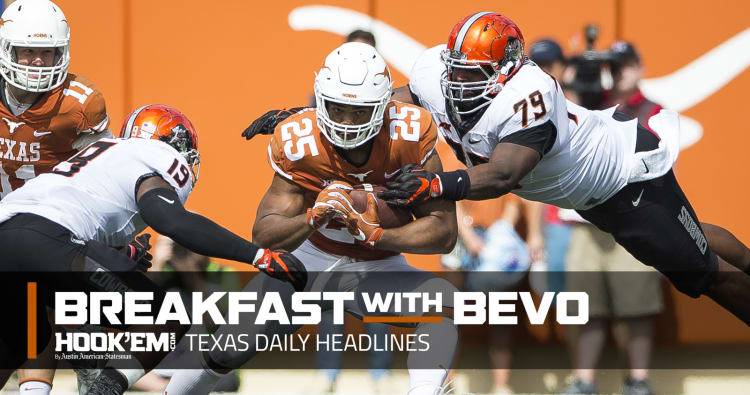 Prior to the 2017 season, left tackle Connor Williams and running back Chris Warren III were expected to be the cornerstones of the Texas offense. On Monday, Texas announced that both players will be leaving the program following underwhelming seasons. Williams — who was injured Week 3 and returned for the final two games — will forego the bowl game and enter the NFL draft. Warren — who rushed for 314 yards and six touchdowns — is transferring.

Texas senior Chaika Ogbogu headlined an All-Big 12 team filled with Longhorns. The middle blocker was named the conference player of the year, an award that has belonged to a UT player eight of the past nine seasons. A total of six Longhorns were honored by the Big 12 on Monday.

The men’s basketball team had an eventful holiday weekend in Portland which ended with back-to-back overtime losses against Duke and Gonzaga. Hookem.com’s Joe Harrington recapped the event and looked ahead to the team’s next test: Florida A&M on Wednesday.

Will the firing of Kevin Sumlin impact Texas’ recruiting class?