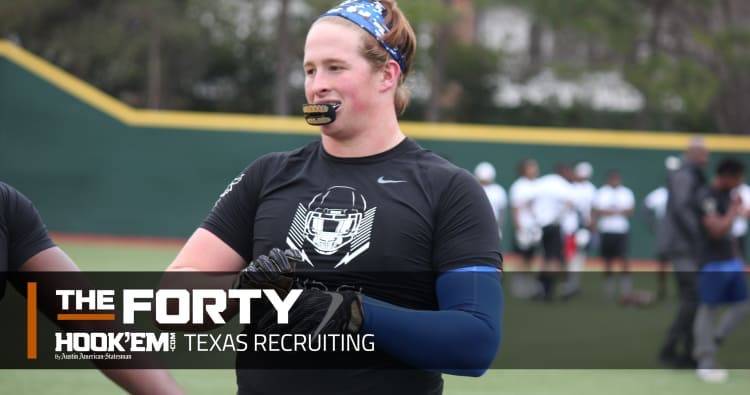 The firing of Kevin Sumlin by Texas A&M might give the Longhorns a chance to rekindle relationships with current Aggie commits and targets before the early signing period on Dec. 20-22. Sumlin, despite not winning the big games in the SEC, was recruiting well for 2018; his class was ranked second in the SEC and No. 10 in the nation.

The change at head coach in College Station might also help the Longhorns in their recruitment of defensive end Joseph Ossai of Conroe Oak Ridge. The 4-star has yet to make his final decision, but all signs pointed toward A&M before the dismissal of Sumlin.

Here are some names of Aggies commitments that Texas might chase heading into national signing day.

Wright is the best defensive line prospect in the state. He visited the Longhorns multiple times before picking Texas A&M in June. The Longhorns remained after him this fall with Tom Herman helicoptering in for a Katy Taylor game during the season. Wright missed most of the season with a knee injury.

White might be the most likely A&M commit to truly consider flipping to the Longhorns. He visited Texas a few weeks ago despite committing to Texas A&M in August. The big, fast linebacker can play outside or inside linebacker for defensive coordinator Todd Orlando, who prefers players with speed over size. White was flirting with Texas even before Sumlin was fired, so expect the Longhorns to continue to chase him. The coaching staff is set to visit White for an in-home visit this week.