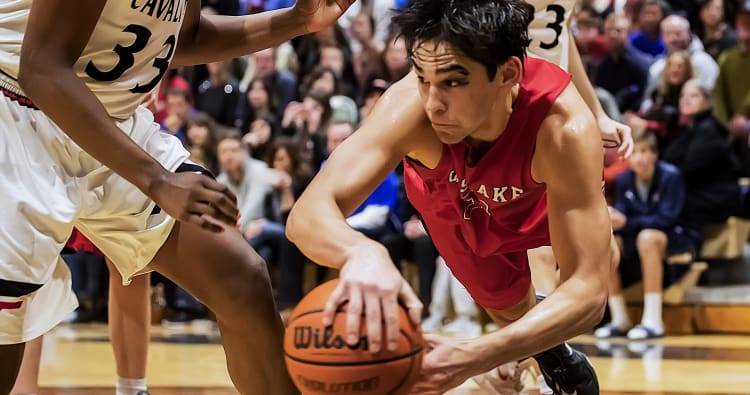 Brock Cunningham is the type of basketball player that fans fall in love with.

Every time a shot goes up, the Westlake senior is plotting a way to bring it back down. Floor burns, elbows to sensitive areas and the occasional foul are small prices to pay for a rebound.

On Tuesday night, Cunningham — who recently signed to play for Shaka Smart at Texas — secured a first-half double-double on his way to 14 points and 14 rebounds in a 75-47 win over Austin Anderson.

“I think it opens things up for the rest of the team,” Cunningham said of his rebounding prowess. “They always have to send one or two to me or I’m going to usually get the rebound. That clears up the way for Will (Baker) or Matt (Mayer) to go after rebounds.”

Listed at 6-foot-7, Cunningham may be a touch undersized when he pulls on the burnt orange. Rest assured that he’ll have experience grappling against bigger posts. The Chaparrals feature four starters 6-5 or taller, including junior center Will Baker.

The 6-11 Baker has already received offers from a laundry list of major programs, including blue bloods Kansas and North Carolina. Every day in practice is a battle to see who can grab the upper hand. On Tuesday, Baker joked that Cunningham steals rebounds away from him in games.

It’s a friendly rivalry, and one that both players realize will benefit them down the road. Baker is a versatile big man who likes to handle the ball and shoot from outside. Cunningham prefers to crash the boards and wreak havoc on defense.

Which begs the question: could the yin and yang partnership translate at the next level for the Longhorns? Cunningham is doing his best to make the case.

“I have been in (Baker’s) ear a little bit,” he said. “I think he’d be a really good pull for Texas. He’s going to have every opportunity. I don’t want to be that guy that’s just pounding on him to go to Texas. I’ve given him the space, but every now and then I’ll throw in a little something about Texas.”

The post Texas basketball signee Brock Cunningham is a force on the boards appeared first on Hook ‘Em.

The Whys of Texas: Super-sized mailbag takes us on a 6-6 roller-coaster of emotions