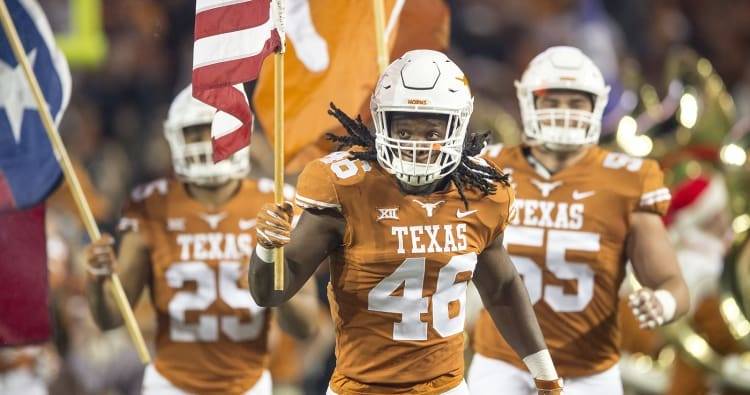 Last year, Malik Jefferson was benched. He simply wasn’t playing with the same fire that he had been in the recent past.

In 2017, that fire was on display all season, and Malik Jefferson’s stellar season was honored by the Big 12. Jefferson was named the Big 12’s Co-Defensive Player of the Year.

Jefferson notched a staggering 110 tackles, 10 tackles for loss, and four sacks in what might be his last season with the Longhorns. He hasn’t made a decision yet, but there’s a strong chance he will leave Texas and head to the NFL. If he does, he’ll be a first rounder almost immediately. If he stays at Texas, he’ll get All-American consideration.

There’s no doubting Jefferson’s ability any more, not after the season he just had. He was one of the best players on a defense that rapidly improved as a unit over the season, but was always talented individually. Jefferson’s tenure at Texas hasn’t been as successful in the win/loss column as he might have liked, but he was certainly successful in nearly every other area.